Preparing for healthier eating over the holidays 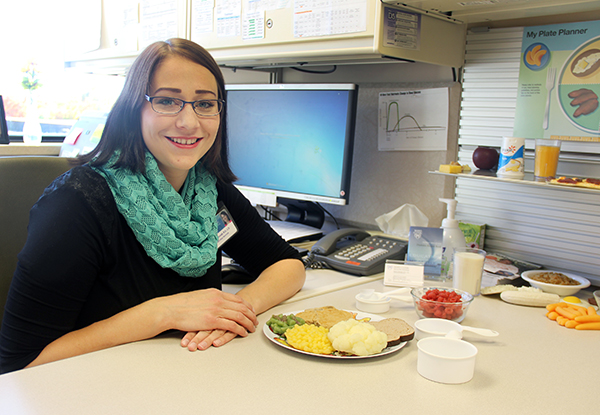 The Thanksgiving and Christmas holidays can be tough to stay healthy, especially for people with diabetes.

To help during the season, Mayo Clinic Health System in Albert Lea dietitian Emily Schmidt will host a free program aimed at educating about eating over the holidays.

The program, “Holiday Eating and Diabetes,” will be at 6 p.m. Nov. 2 in the foundation board room on the lower level of the hospital next to the clinic, 404 W. Fountain St.

Schmidt said the presentation focuses on nutrition recommendations, how to keep diabetes under control, along with some information about weight control and mindful eating.

During the holiday season, diabetics will likely face issues of portion control. 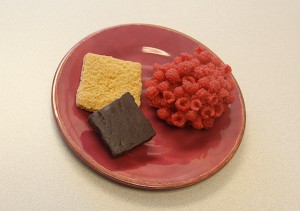 This plate includes a variety of dessert choices, including a brownie and a bar, which are the less-healthy choices, and some raspberries. – Sarah Stultz/Albert Lea Tribune

“There are frequent gatherings, events, buffets, plus all the snacks and meals at home,” Schmidt said. “It’s not that you can’t do those things, but that we’re doing it too much.”

She said she will talk about how people can be more aware of what they are eating and pay attention to hunger cues.

“When you start to feel full, that’s a sign that you’ve already had too much to eat,” she said.

Instead of going back for seconds, be OK with one portion, she said.

She said diabetics can have sweets — but in moderation.

“All foods fit,” Schmidt said. “You can incorporate anything into what you’re eating, but the portion control and how much and how often is the biggest aspect.”

She may spend a few minutes talking about substitutions for baking and how to stay active during the winter months.

She said she doesn’t want people to think they can’t have certain food groups; in reality, they can be eaten in moderation.

Schmidt said studies show there is generally little weight gain — only about one pound — for people of average weight over the holidays, but people who are already overweight are more likely to gain than those of average weight — closer to five pounds.

People in attendance will be able to taste a healthy holiday-themed treat. The presentation is open to people without diabetes as well, though that will be a focus.

What: “Holiday Eating and Diabetes”