Memorial services for Russell Theodore Miller of Lake Mills, formerly of Rochester, will be at 1 p.m. Friday at Bonnerup Funeral Service in Albert Lea. The Rev. John Holt of First Lutheran Church will officiate. Friends can meet the family one hour prior to the service. Interment will be in Hillcrest Cemetery in Albert Lea. Military honors will be accorded by the Albert Lea area veterans groups. 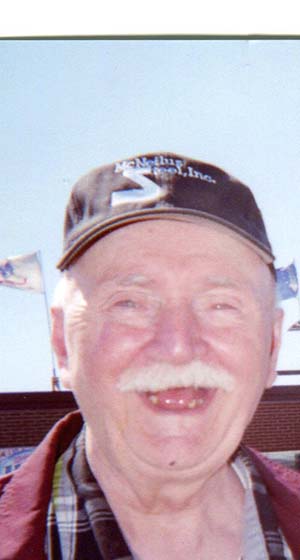 Russell was born Aug. 21, 1930, in Austin, the son of Theodore and Helen (Berg) Miller. He attended public school in Austin and Albert Lea, attended the University of Minnesota and graduated from the Humboldt Institute in Minneapolis.

He served his country in the United States Army from 1954 through 1957, again from 1961 through 1963, and was stationed in Germany and France. On Jan. 30, 1975, he was united in marriage to Lucille H. Olson in Northwood. They resided for many years in Rochester where Russell worked at St. Marys Hospital ,retiring after over 20 years.

Russell was preceded in death by his parents, stepmother and wife, Lucille, in 1997.