Shirley J. Arett, 91, of Austin died Wednesday evening, Oct. 14, 2015, at Our House Memory Care in Austin.Shirley Jane Corson was born at her family’s home in Lansing Township on March 31, 1924, the daughter of George L. and Inga O. (Odden) Corson. Shirley often shared many good memories of growing up on the farm. She attended Red Star School, and then went to work for families in the area doing babysitting and housework. These were live-in jobs for Shirley, and she became like part of their families. She also worked other jobs over the years, including as a cook at a restaurant. In 1940 she met Glenn Arett in Lyle and they became engaged in December 1942. They were married by the Rev. Henry Noss on May 9, 1943, in the parsonage of St. Olaf Lutheran Church in Austin. The couple raised three daughters near Moscow Township. On the farm, Shirley and Glenn worked together in the field and tending to their dairy herd. Shirley did volunteer work at Burr Oak Manor and St. Olaf Lutheran Church, where she was a member. Shirley belonged to the St. Olaf Hospital auxiliary and enjoyed playing cards. She will be greatly missed by all who knew and loved her. 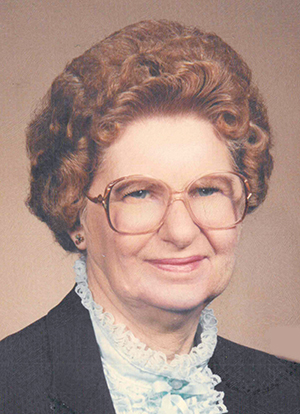 Funeral services will be at 11 a.m. Saturday at  the Worlein Funeral Home chapel. Associate in Ministry Todd Portinga will officiate. Visitation will be from 4 to 7 p.m. today at Worlein Funeral Home and one hour prior to the service on Saturday. Interment will be in Oakwood Cemetery in Austin. Memorials can be directed to Comforcare, Our House Memory Care or to the donor’s choice. Services are prearranged and performed by Worlein Funeral Home of Austin. Condolences may be expressed to the family online at www.worlein.com.

The family would like to express special thanks to the caregivers and staff at Our House Memory Care and Comforcare Good Samaritan Center for the care and compassion they gave to Shirley and her loved ones.