Stephen was born April 22, 1923, in Albert Lea and graduated from Albert Lea High School in 1941. He earned his Bachelor of Arts degree at College of St. Thomas in St. Paul in 1949, and Master of Science degree with the University of Southern Mississippi in Hattiesburg, Mississippi, in 1977. He was a veteran of World War II, serving in Troop Carrier Command, Ninth Air Force and later had assignments as Air Force ROTC assistant professor of air science, air training command instructor/director, and air defense command and control staff office, serving three separate tours in the Pacific Theater in staff and command positions. He retired with the rank of colonel from the U.S. Air Force with 27 years of honorable service. 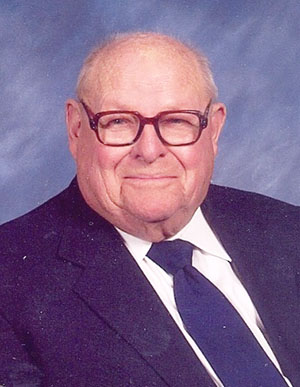 Stephen was a member of several organizations, including an honorary life member of the Knights of Columbus, active with the Reinhart Schroeder Council 9409, Fourth Degree D’Iberville Assembly of the Knights of Columbus, International Order of Alhambra, Oran Caravan 67, Order of the Daedalians, Flight 40, Benevolent and Protective Order of Elks, Biloxi Lodge 6067, American Legion Post No. 119 and the Gulf Coast Military Officers Association.

Mass of Christian burial will be at 11 a.m. Friday at Our Lady of Fatima Catholic Church, where friends may visit one hour prior to the service. Interment with full military honors will follow at Biloxi National Cemetery. Riemann Family Funeral Home in Biloxi served the family.

In lieu of flowers, memorial donations may be made to either the St. Vincent de Paul Society or Our Lady of Fatima Catholic Church, 2090 Pass Road, Biloxi, MS 39531.

Memories may be shared at www.riemannfamily.com.