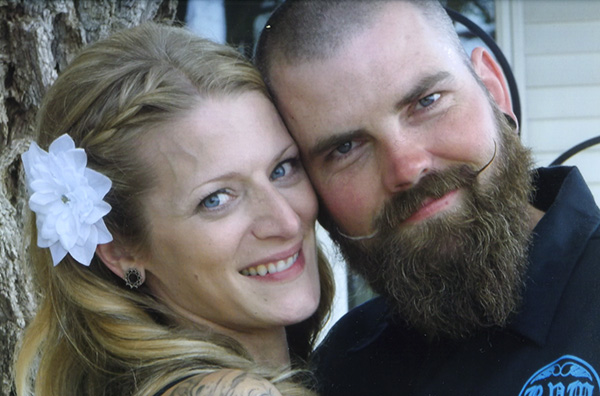 Sarah Veldman and Wyatt Morcomb, both of St. Joseph, were married July 11, 2015, in Little Falls. The Rev. Amy Osborn officiated. An outdoor reception followed the ceremony.

Dani McAlister of Onalaska, Wisconsin, served as the maid of honor. Bridesmaids were Brandy Morcomb, Nicole Morcomb and Katelyn Niesen.

The bride was escorted down an aisle lined with Harley Davidson’s by her brother, Eric Veldman.

She is a 2000 graduate of Albert Lea High School and attended St. Cloud University and St. Cloud Technical and Community College. She is employed as a financial worker at Morrison County Social Services.

The groom is the son of Dale and Sheila Morcomb of St. Cloud and Nick and Kellie Niesen of Montrose and the grandson of Beatrice and Lyle Cline of Clarissa.

He is a 1999 graduate of of Eagle Valley High School and attended St. Cloud Technical and Community College. He is employed at C & L Excavating.