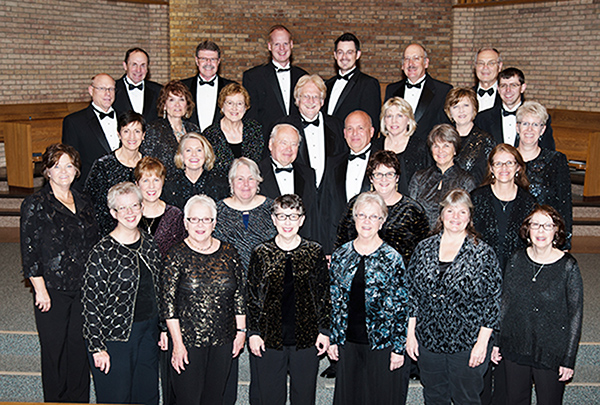 The Albert Lea Cantori will perform its annual concert on Sunday. – Provided

The Albert Lea Cantori will present its annual Singing in the Season concert at 3 p.m. Sunday at United Methodist Church of Albert Lea. The annual concert is titled “Gaudete — Rejoice!” in preparation of the Advent and Christmas season. The 35-member chorus is under the direction of Eileen Nelson Ness. Music will include favorite carols and choral pieces for the season. This year short readings by Susan Palo Cherwien will be read between the musical numbers.

Soloists will include Jodi Blong, Becky Tennis Hanson, Mark Dundas and Jason Howland. Instrumentalists will include Gail Thurnau, Marilyn Chafee, Sue Dundas, Wendy Walker, Debra Linnes and Rachel Christensen. According to a press release, attendance at this concert has grown through the years, so those interested in going are encouraged to arrive early to get a good seat.

“This year’s concert will bring  peace and joy in the midst of uncertainty and fear,” Ness said. “It will remind us of the message of the angels and shepherds as we look forward to the yearly remembrance of the birth of Jesus Christ.”

There is no charge for the event, but a free will offering will be received with donations going to the local food shelf. The Cantori will also have audition forms available for anyone interested in singing with the chorus.

“We are always looking for those who have a love of singing great choral music to join us for the spring season,” Ness said.