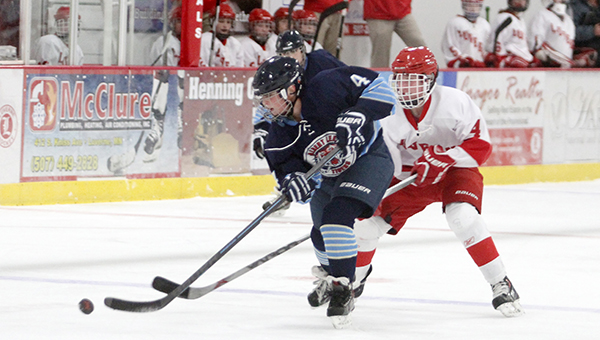 Although the Albert Lea girls’ hockey team produced a season-high 20 shots on goal, the Tigers lost their third game of the season.

Maddy Hererra scored on a pass from Daysha Luttrell with 57 seconds left in regulation, but Albert Lea fell 9-1 Tuesday at Luverne in Blue Mound Arena.

“I’ve seen improvement from all the girls, and they kept playing until the end,” said Tigers coach Jason Fornwald. “We scored on the last shift.”

The Tigers (0-3, 0-2 Big Nine) began the season with a tough schedule. Albert Lea’s opponents — Mankato West, Owatonna and Luverne — are a combined 5-0.

Leading the Tigers in the goal was seventh-grader Maddie Schneider, who had 33 saves.

In the first period, Albert Lea was outshot 14-6 but held the Cardinals to two goals. Luverne extended its lead in the second period by going 2 for 2 on the power play and scoring five more goals.

The Tigers had four head coaches — Paul Willett, Laura Hillman, Scott Ball and Fornwald — the previous two seasons. Fornwald looks to add solidarity to the program after taking over five games into the season last year. He is assisted by Jacqui Jepson, Sarah Jensen and Troy Neist.

Jepson is in her second year with the program, while Neist and Jensen are in their first. 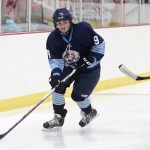 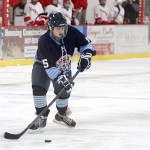 Albert Lea’s Riley Hanson clears the puck away from the Luverne offense during the Tigers’ 9-1 nonconference loss to the Cardinals Tuesday in Luverne. — Zach Hacker/Worthington Daily Globe 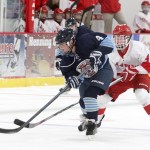