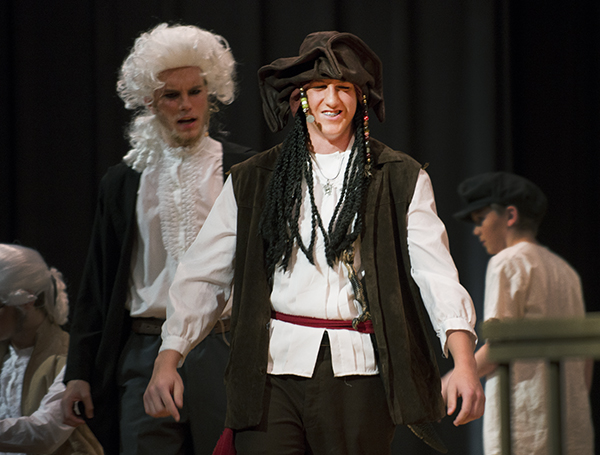 Alden-Conger School student actors will get a chance to perform a pirate comedy this weekend.

The Alden-Conger Drama Department will present Craig Sodaro’s “Jolly Roger and the Pirate Queen,” as its fall play.

The play will be at 7 p.m. today and Saturday, and at 2 p.m. Sunday on the Alden-Conger School stage.

Admission is $4 for students and senior citizens and $6 for adults.

“It’s great for families because who doesn’t love a pirate?” said Co-Director Ada Theusch. “It’s just a great way to spend an afternoon or an evening.”

According to a synopsis, Roger Goodman, played by Ian Olson, wants to settle down and marry the wealthy Sarah Huffington, played by Lexi Martens, until he overhears her telling her friends how boring he is. Huffington wants to marry a pirate.

Goodman immediately buys a ship, recruits a crew and hires a pirate tutor, Long John Silver, played by Chris Martens, to show him the ropes. Silver gives him a new name, Captain Blood, as well as a ship name and flag to match.

In return, Goodman must sail him to Treasure Island to pick up chests of gold doubloons.

Meanwhile, Huffington makes herself into the pirate queen and quickly earns a reputation for raiding ships.

Huffington’s parents are also out on the high seas in their own ship. They all congregate on Treasure Island, which is already occupied by the retired pirate Bluebeard, played by Donovan Olson, and his crew, Alex Kuethe and Karley Guenther. The number of pirates on one landmass cause the loose cannons to explode.

The play will also be directed by Tara Roberts.

“We’ve never had so many laughs during rehearsals and even afterwards,” Theusch said. “And even afterwards, it is difficult for the actors to snap out of their pirate brogues. We hope you enjoy the show as much as we have enjoyed presenting it.”

What: “Jolly Roger and the Pirate Queen”

Cost: $4 for students and senior citizens, $6 for adults 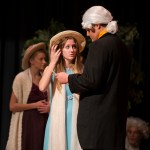 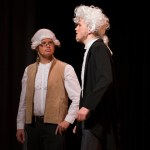 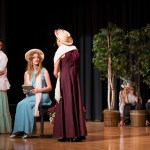 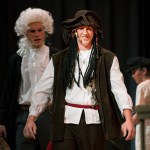