Memorial services for Clayton Hatleli, 80, of Albert Lea will be at 1 p.m. Nov. 25 at East Freeborn Lutheran Church. The Rev. Matt Griggs will officiate. Burial will take place at a later date. 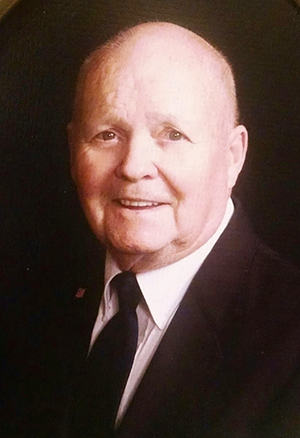 Clayton Luverne Hatleli, the son of Martin Hatleli and Luella (Moen) Hatleli, was born March 3, 1935, in Hayward. Clayton grew up in Hayward and graduated from Albert Lea Central High School in 1953. After graduation, he served in the United States Army for two years and then came back to Albert Lea. In December of 1960, Clayton was joined in marriage to Shirley Kaufmann. They raised four children, Renee, Jim, Patti and Mike. He was a lifelong member of East Freeborn Lutheran Church. He loved driving charter bus trips and school routes. He was actively involved with the Elks organization and volunteered at his church.

Clayton is preceded in death by his wife, Shirley; sister, Marliss Sward; parents Martin and Luella Hatleli; and his in-laws Willis and Ellen Kaufmann.