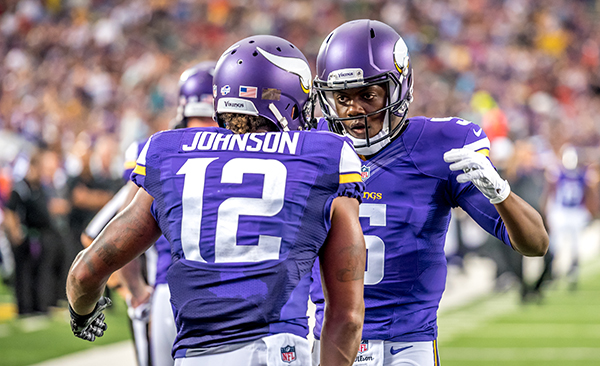 While the end result was positive, the Minnesota Vikings were on edge after Sunday’s 21-18 overtime win over St. Louis.

Head coach Mike Zimmer was fuming. The cause of concern: quarterback Teddy Bridgewater.

The Vikings signal caller was knocked unconscious by Lamarcus Joyner on a play that looked eerily similar to the hit by Cincinnati’s Robert Geathers that ended the career of Kansas City quarterback Trent Green in 2006.

In both instances, the quarterback gave himself up by sliding, but the defender continued onward and made the hit, which resulted in a major head injury of the defenseless player.

Geathers was not fined by the National Football League because it was determined that he was pushed and did not have complete control of his body.

Joyner, on the other hand, was fined $23,152. Chump change for a hit that could’ve ended Bridgewater’s promising young career.

Add the fact that Rams defensive coordinator Gregg Williams had the same position for New Orleans during the bountygate scandal — which paid bonuses to defensive players for on-field misconduct — and Joyner’s hit looks suspiciously malicious.

This kind of hit has no place in football at any level.