Memorial services for ElRoy A. “Duke” Ellingson will be at 2 p.m., Saturday at Bayview/Freeborn Funeral chapel. The Rev. Don Rose will officiate. Interment will be in Mansfield Lutheran Cemetery at a later date. Visitation will be one hour prior to the service at the funeral home. Online condolences are welcome at www.bayviewfuneral.com. 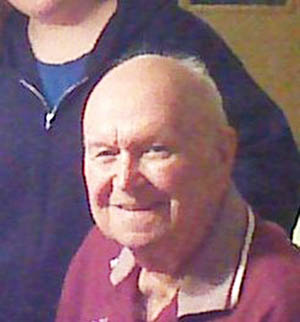 ElRoy Ardon Ellingson was born on Jan. 28, 1935, in St. James, the son of Joel and Selma (Cleven) Ellingson. He grew up in the Kiester and Mason City areas, graduating from Mason City High School. On Dec. 28, 1954, he was united in marriage to JoAnn Martinie in Mason City. He served his country in the United States Army from 1954 to 1955. Duke owned and operated Kiester Food Market. He was a member of Lutheran Church in Kiester, and served on the Kiester city council and the Kiester rescue squad. He loved visiting with people. Duke enjoyed fishing and always looked forward to his family’s fishing trips up north. Most precious to Duke was just hanging out with his family. He also enjoyed pool league, cribbage, golf, bowling, basketball, football and baseball.

Duke was preceded in death by his wife, JoAnn; his parents Joel and Selma; his brother, Ronald; a sister in infancy; and his brother-in-law, Eldo Oppedahl.