Modeled after the television show “Shark Tank,” but without the cash, BizPitch served as a proactive approach to foster and nurture entrepreneurism, according to Bryan Stading, executive director of the Regional Center for Entrepreneurial Facilitation.

“It gives us a point-blank look at the entrepreneurship in the community,” Stading said.

The event was designed so entrepreneurs could give a business pitch and then receive 10 to 15 minutes of feedback from community business leaders. The event was the first of its kind in Albert Lea, according to Stading.

“I think it went OK,” Pratt said. “I wasn’t as nervous as I thought I’d be. There was a lot of great feedback.”

Pratt said the four-week course has helped him.

“It has definitely allowed me to hone my message into a strategic plan,” he said.

Pratt said Facebook has lately been a major partner in advertising, and he joined the class to gain better traction on how to better run his business.

According to Pratt, Complete Property Managers manages just under $3 million in real estate and is looking to expand.

The panelists helped identify potential weaknesses or threats to new business ideas as well as providing commentary and questions.

Stader said 15 people completed the four-week class, and eight to 10 people were slated to present.

Donna Sackson, accountant and co-founder at Tim’s Spotting Service and Truck Wash, a truck wash and trucking company located at 2301 Myers Road, was pleased with the program.

“We learned a lot,” Stackson said. “It gave us a defined approach to achieve goals.”

BizPitch members are eligible to compete in the annual Regional Center for Entrepreneurial Facilitation BizPitch competition. The winner will be  an automatic semi-finalist in the Minnesota Cup that awards entrepreneurs. 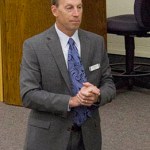 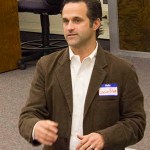 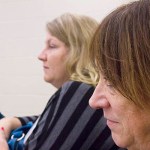 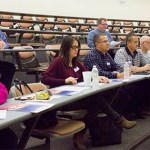