Full circle on the mat 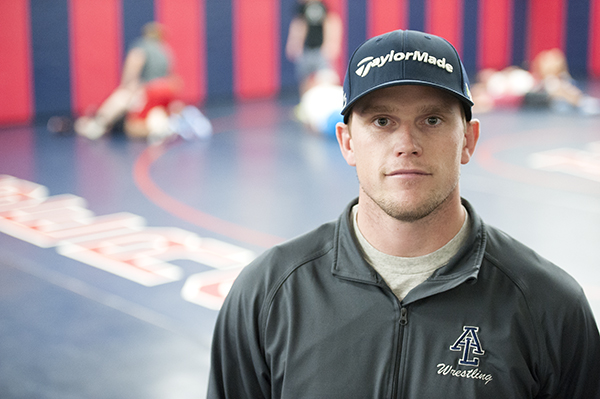 Brandon Klukow’s journey on the mat has come full circle.

At age 4, he began wrestling in Albert Lea, and the 29-year-old hasn’t stopped.

Klukow is about to enter his sixth year as an assistant coach for the Albert Lea wrestling program after posting a 39-1 record to earn a runner-up finish at 152 pounds for the Tigers as a senior at the 2005 Class AAA state wrestling tournament and amassing 78 wins over four years of wrestling at Augsburg College in Minneapolis. 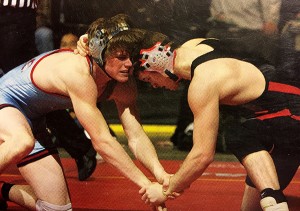 Brandon Klukow competes in the 2005 Class AAA championship match at 152 pounds. He finished as the state runner-up with a 39-1 record and went on to wrestle for four years at Augsburg College in Minneapolis. – Provided

“Just growing up through the program, there was always a family atmosphere about it, and I always felt like I wanted to give back,” Klukow said.

Tigers head coach Larry Goodnature — also a former Albert Lea wrestler, Klukow’s former coach and the 145-pound state champion in 1971 — said Klukow has been an asset to the staff.

“He’s got great technique, and he knows how to teach good technique,” Larry Goodnature said. “The kids like him, and he’s got a good rapport with them. At the same time, the kids respect him and listen to him.”

“Coaching with them is a lot of fun because I respect those guys,” Klukow said. “They’re great coaches. They’re great leaders. They’re great mentors. They care a lot about the kids. It’s just a really nice thing to be a part of.”

“They both came back here, and we go through a lot of drills and different technique that they did at Augsburg,” he said. “We kind of blended the Augsburg way into our program.”

Along with a Bachelor of Science degree in physics from Augsburg in 2009, Klukow has a master’s degree in civil engineering from the University of Minnesota in 2010. His wife is Jodi Klukow, and he said his hobbies include golf, softball and darts.

“I like to stay active no matter what it is,” Klukow said.

Klukow lives in Albert Lea and works as a roofing adviser for Tremco Roofing & Building Maintenance. 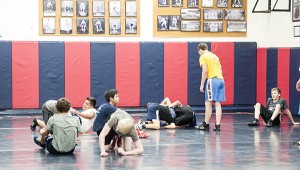 Albert Lea wrestlers participate in a captain’s practice in the wrestling room at Albert Lea High School. The first official practice of the year will be Nov. 16. – Micah Bader/Albert Lea Tribune

Tigers prep for the mat

Larry Goodnature was the Section 1AA and Class AA Coach of the Year last season, and the Tigers are coming off a state runner-up finish at the team level with back-to-back state champion Garrett Aldrich and three other medal winners: Zach Glazier, Tim Christianson and Triston Westerlund.

Graduating after last season for Albert Lea was Christianson, who posted a 1-2 record for the Minnesota Gophers Sunday at the Warren Williamson Open at South Dakota State, and Westerlund, who is one of four Albert Lea graduates wrestling for Upper Iowa University. Aldrich returns as a junior, and Glazier is back as a freshman.

Captains practices are underway in the wrestling room, and the first official team practice will be Nov. 16, Larry Goodnature said.

Klukow said his favorite part of coaching is making a positive impact on the wrestlers.

“Generating that relationship and helping them out throughout their career is very rewarding,” he said.

Interesting fact: In addition to wrestling at Albert Lea High School, Klukow played football and was a pitcher and center fielder for the baseball team before graduating in 2005.