Glenn Marlin Garver, 79, of Wells died Wednesday, Nov. 11, 2015, at his home. A memorial service will be at 10 a.m. Monday at Bruss-Heitner Funeral Home in Wells. The Rev. Brynn Harms will officiate. Visitation will be one hour prior to the service at the funeral home. Interment will be at Alden Cemetery. Bruss-Heitner Funeral Home of Wells is assisting the family. To leave an online condolence, please visit www.brussheitner.com. 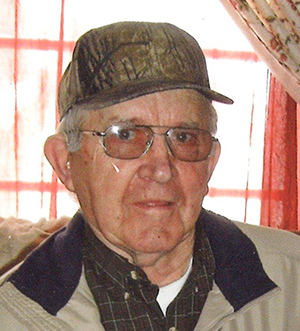 Glenn Marlin was born Feb. 1, 1936, in Carlston Township, Freeborn County, the son of Clarence and Thora (Christiansen) Garver. He was united in marriage to Dorothy Frederick on Aug. 17, 1961, in Wells. To this union five children were born. The couple later divorced. Glenn finished the eighth grade at Hayfield Consolidated School. He worked for Harold Matz Fur Farm for many years. He lived in the Kiester and Walters areas, as well as the Wells area for 40 years.

Glenn was a good provider for his family. He loved animals — especially his dogs. Glenn loved the outdoors. In his younger years Glen loved to crochet and did beautiful work. He enjoyed tinkering with vehicles, making things and watching TV. He was very particular about his yard.