Glenville-Emmons renovates field with plans to field a varsity team 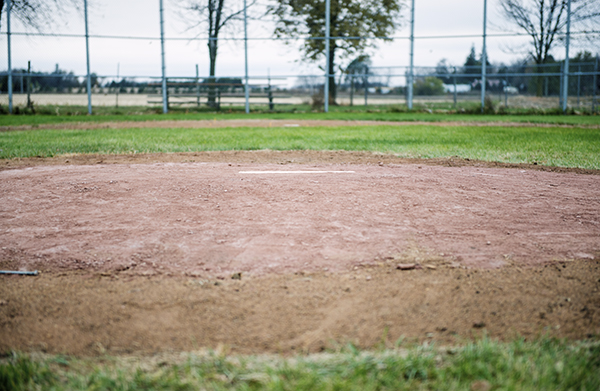 A reshaped pitching mound was one of multiple renovations at the Glenville-Emmons baseball field spurred by a $5,000 donation by the Glenville-Emmons booster club. Wolverines coach Lucas Knutson plans to plant sod over the bare ground between the mound’s clay and the infield grass. — Micah Bader/Albert Lea Tribune

GLENVILLE — Glenville-Emmons hasn’t fielded a varsity baseball team since the 2010-11 season, but Wolverines coach Lucas Knutson plans to change that this spring.

To prepare for the season, Knutson spearheaded a project to reshape the mound and renovate the field after the Glenville-Emmons booster club donated $5,000 in August. 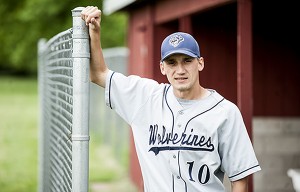 Glenville-Emmons baseball coach Lucas Knutson stands in front of the dugout at the field in Glenville. Knutson plans to lead the first Wolverines varsity baseball team since the 2010-11 season. — Micah Bader/Albert Lea Tribune

“With the return of varsity baseball, which is the plan, we’ll have some improvements to the field,” he said. “Hopefully, we can get some more kids to come out.”

Improving the mound was Knutson’s top priority for the field.

“The big thing is the mound,” he said. “If you saw it before, it was like a sandbox.”

After researching multiple mound-building companies, Knutson hired Brian Hoff from True Pitch, Inc. in Altoona, Iowa, a northeast suburb of Des Moines. Hoff, the company’s divisional sales manager and field consultant, worked on a variety of tasks at the Glenville-Emmons field from Oct. 21 to 26.

“It was an undertaking, but it was fun, especially with the coach,” Hoff said. “He was out there helping me. He just wants to have a nice facility.”

Hoff said he has worked on more than 200 mounds in his career and has been using Flex-A-Clay to do so since 1992.

For the project in Glenville, Knutson said Hoff used about 100 50-pound bags of clay between the mound and the batter’s box.

“The clay absorbs water when you play on it in wet conditions, and it’s supposed to be better for footing, especially for pitchers,” Knutson said. “You’ll be able to land better and finish your pitches better.”

Hoff also edged the baselines with a sod cutter and relocated the bases to Minnesota State High School League specifications. The bases needed to be moved 10 inches, Knutson said.

The True Pitch, Inc. bill was about $3,500, and Knutson has a wish list for the rest of the funds. He plans to plant sod up to where the mound starts and down the wider-than-normal base paths, and install foul poles on both sides and a fence down the right-field foul line. Knutson said he also plans to apply for a matching-funds Twins Community Fund grant, something the Wolverines softball team received in 2012.

The 2010-11 season was the last time Glenville-Emmons fielded a baseball team, and the Wolverines were Gopher Conference champs with a 13-6 overall record and a 9-1 conference mark.

Six of the last seven seasons that Glenville-Emmons fielded a varsity team, the Wolverines had nine wins or more. The team’s best record during that span was 23-4 in 2004-05.