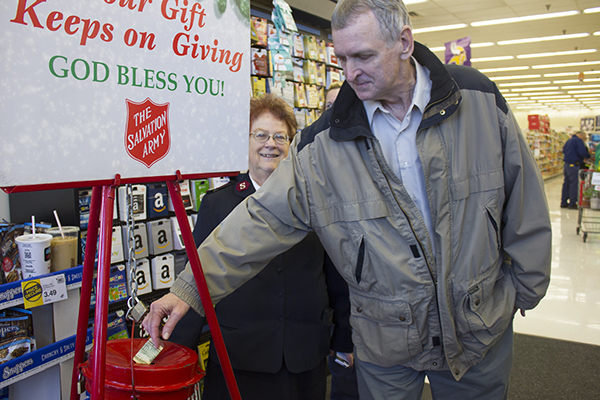 Volunteer bell ringers graced the halls of Albert Lea grocery stores Friday for the first time this year, hoping to raise money to help those in need. 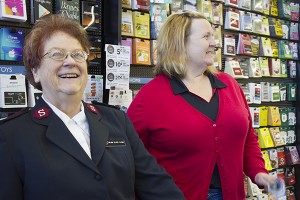 The bell ringers, located at Hy-Vee and Marketplace Foods, were accepting donations on behalf of the Albert Lea Salvation Army to support World Hunger Day, an annual event that celebrates sustainable solutions to ending extreme hunger and poverty.

Bell ringing took place Friday and Saturday to support the cause. 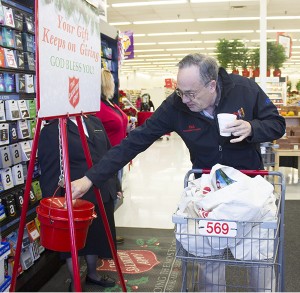 The fundraising assists the Salvation Army in its numerous functions — including youth programs, meals, social services and its food pantry.

Bell ringers Elsie Cline and Marilynn Lancaster looked at the effort as a chance to improve their community and strengthen their faith.

Lancaster said she has noticed more people requesting assistance from the Salvation Army, and that the fundraiser wouldn’t be possible without community backing.

“It’s a blessing to be able to do this,” she said.

According to Belshan, the organization assists more than 4.5 million people during the Thanksgiving and Christmas season.