Herbert Henry Matz, 92, of Wells died Sunday, Nov. 8, 2015, at St. John’s Lutheran Community in Albert Lea. A funeral service will be at 12:01 p.m. Friday at United Lutheran Church in Walters. The Rev. Don Rose will officiate. Visitation will be from 4 to 7 p.m. Thursday at Bruss-Heitner Funeral Home in Wells. Visitation will continue one hour prior to the service at the church on Friday. Interment will be in Rice Lake Cemetery in Foster Township, Faribault County. Bruss-Heitner Funeral Home in Wells is in charge of arrangements. To leave an online condolence, please visit www.brussheitner.com. 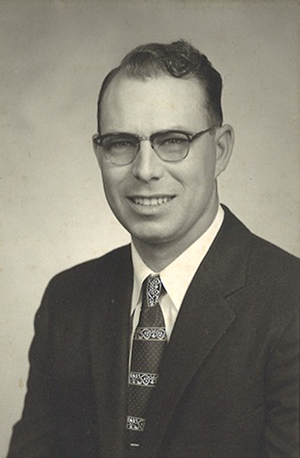 Herbert Henry Matz was born on May 24, 1923, to Henry and Emma (Schinke) Matz at their farm home northwest of Walters. He passed away Sunday, Nov. 8, 2015, at St. John’s Lutheran Community in Albert Lea, where he had been a resident since Aug. 8, 2014. Outside of this time, Herb lived his entire life in Foster Township, Faribault County. Herb was a farmer by trade — both livestock and crops — with dairy cows being his favorite.

On Nov. 25 1955, he married Lydia Edberg at The Little Brown Church in Nashua, Iowa, and became a father to her children, 11-year-old Donald and 9-year-old Llynda. Nine years into their marriage, they expanded their family by adopting 4-year-old Raymond in 1964 and 10- year-old Nancy and 4-year-old Billy in 1967. Herb, Lydia and their family were involved with church activities at Rice Lake Church, 4-H and Farm Bureau. They were a true farmer and wife with farming being a partnership. Herb took care of the cows, Lydia took care of the hogs and both of them did the field work. They were married for 30 years when Lydia died on Dec. 5, 1985.

Herb was blessed with a second long marriage when he married Ada Nelson on Sept. 9, 1989, at Trinity Lutheran Church in Westbrook. She made her home with Herb on his farm and continued to make his house a home. Ada melded into the community and developed friendships in the area. In their early married years, they loved to ballroom dance and square dance. When Herb’s health began to decline, she was a loving caregiver and it is to her credit that he enjoyed a long life. Ada passed away seven months before Herb on April 12, 2015.

Herb is survived by his five children and their spouses; seven grandchildren; and seven great-grandchildren. He is also survived by Ada’s family; sister-in-law, Rose Engelby; and nieces Ellie Frederick and Judy Hamelton. 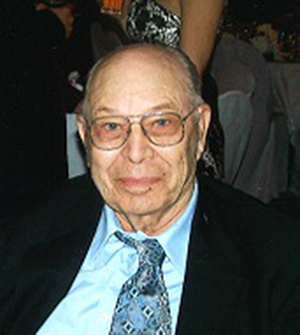 The family would like to thank the incredible staff at St. John’s Lutheran Community for their unparalleled loving care shown to both Herb and Ada, as well as our family, as his children took up residence there during dad’s last days.