Memorial services for Hilbert LeRoy Voigt, 85, of Albert Lea will be at 11 a.m. Monday at the Bayview/Freeborn Funeral Home chapel. The Rev. Todd Walsh will officiate and military honors will be accorded by members of the American Legion and Veterans of Foreign Wars honor guards. Private interment will be in Rose Hill Cemetery in Wells. Friends may gather one hour prior to the service at the funeral home. Online condolences are welcome at www.bayviewfuneral.com. 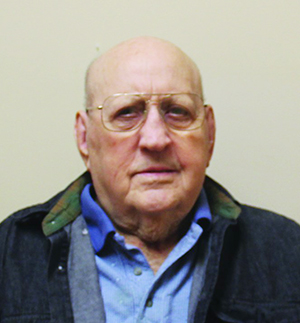 Hilbert LeRoy Voigt was born on Aug. 25, 1930, in Alden, the son of Oscar and Helen (Meyer) Voigt. He grew up in Alden and graduated from high school there. Hilbert was a member of the Lutheran Church. From 1951 to 1953 Hilbert served his country in the United States Army. On Oct. 17, 1954, he was united in marriage to Bernadine Hendrickson in Wells. Hilbert worked for the city of Fridley as a police sergeant. He enjoyed construction, woodworking listening to music and reading. Blessed be his memory.

In lieu of flowers, memorials are preferred to the Wounded Warrior Project.