How should you fight ISIS? With cartoons

Pundits like to complain that there are few voices from the Islamic world that condemn terrorist attacks by Islamic extremists. I run a small business that distributes editorial cartoons from around the world. With every major attack, including the recent attacks in Paris, I see a chorus of cartoons from Arab countries condemning the terror. The pundits must not be looking at the cartoons. 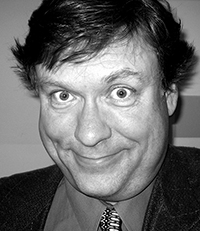 I often hear politicians complain about how the war with Islamic extremists is a battle for hearts and minds and we need to step up our role in an information war that we are losing. Editorial cartoons could be a weapon on the front lines of that battle. By now Americans should see how powerful cartoons can be; clearly the terrorists see this, as cartoonists are among their primary targets. It is difficult for Americans to comprehend that editorial cartoons are important and effective in the Middle East because we view cartoons as trivial jokes, leading us to miss many opportunities.

Every act of terror brings new recruits to the Islamic extremists in ISIS; they seek glory, selling an image of bravery, striking back against the arrogant infidels in the West. Brandishing a gun demands a kind of respect. Fighting for religious values, no matter how twisted, demands a kind of respect. ISIS craves respect; what they can’t bear is ridicule. Islamic extremists who are widely seen as the butts of jokes won’t find many eager converts.

Cartoonists are masters of disrespect and are a continuing threat to the Islamic extremists. It is no surprise that editorial cartoonists are prime targets for terror. Along with other websites around the world, my own editorial cartoon website, Cagle.com, is suffering hacker attacks that appear to originate with terrorists and despotic regimes who fear cartoons. Terrorists and despots have a weakness in common; they can’t take a joke.

America needs to wake up, deploy and support the world’s best soldiers in the modern information war: American cartoonists.

President Obama recently claimed that he is already doing most of the things that his political opponents demand in the war with ISIS; he called on his critics to contribute new and constructive ideas on what should be done. My recommendation is inexpensive and powerful: bring back and greatly expand the State Department’s shuttered editorial cartoon programs around the world.

Daryl Cagle is the editorial cartoonist who runs the CagleCartoons.com newspaper syndicate, distributing editorial cartoons to more than 850 newspapers around the world, including the paper you are reading now. Comments to Daryl may be sent to editor@cagle.com. Read Daryl’s blog at www.darylcagle.com