KIESTER — A short high-speed chase Saturday night in Faribault County ended in a crash and an arrest. 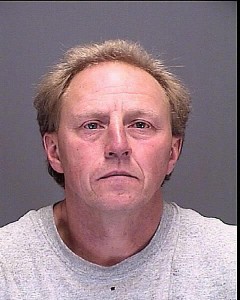 Mathis was reportedly pursued by Albers while heading south at approximately 8:30 p.m. on 550th Street south of Faribault County Road 2.

The pursuit reportedly reached speeds of approximately 90 mph on a gravel road, before the Silverado crashed at the T intersection of 550th Avenue and 10th Street near the Minnesota and Iowa border, according to the release.

Mathis, of Thompson, Iowa, reportedly sustained no apparent injuries and was arrested and charged with fourth-degree driving while intoxicated and fleeing in a motor vehicle. He was transported to the Faribault County Jail.