Janet Knutson, 73, Eagle Lake died Saturday, Nov. 7, 2015, at her home. Funeral services will be at 10:30 a.m. Wednesday at Epiphany Lutheran Church in Eagle Lake. Visitation will be from 4 to 8 p.m. Tuesday at Epiphany Lutheran Church in Eagle Lake and will continue one hour prior to the services at the church. Interment will be at Woodland Hills Funeral Home in Mankato. Woodland Hills Funeral Home is handling the arrangements. 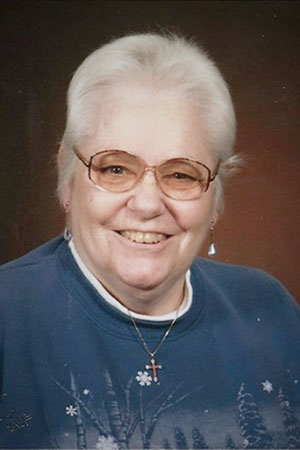 Janet was born Feb. 5, 1942, to John and Florella (Broas) Garver in Mankato. On April 23, 1960, she was united in marriage to Harold Knutson in Mankato. Janet was a homemaker and worked at MicroTrak. In her free time she enjoyed crocheting, camping, traveling, her plants and flower beds, and watching her grandkids. She was a big supporter of breast cancer awareness.