Funeral services for Judith M. Abrego will be at 10 a.m. Monday at Ascension Lutheran Church in Albert Lea. The Rev. Mark Boorsma will officiate. Visitation will be from 4 to 7 p.m. Sunday at the Bonnerup Funeral chapel in Albert Lea, and again one hour prior to the service at the church.  Interment will take place at Lakewood Cemetery. 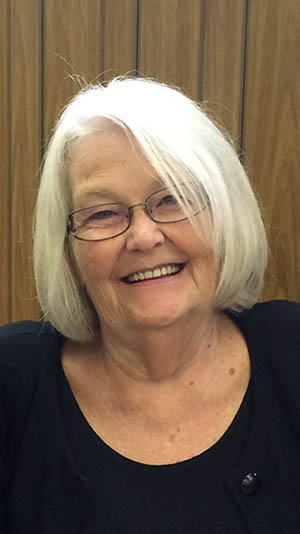 Judith Marie (Sorenson) Abrego was born on March 2, 1945, to Alvin and Gertrude (Bergeson) Sorenson in Albert Lea. She attended and graduated from Albert Lea High School. She later graduated from Mankato Business College with a degree in accounting. She began her career at Wilson &  Co. in the accounting department and continued working there until her retirement in 2001. She also was the owner of Abrego’s Café for 16 years.

On July 4, 1987, she was united in marriage to Patrick L. Abrego. The couple lived in Glen Rose, Texas,;Glenville and most recently, Albert Lea. She was a member of Ascension Lutheran Church in Albert Lea. In her free time Judy’s hobbies included Norwegian rosemaling, hardanger, sewing, making American Girl doll clothes and wood carving. She enjoyed the friends at the farmer’s market, where she and Pat sold their baked goods, lefse, wood carvings and doll clothes. Most of all, she found comfort in knowing that her husband and family loved her dearly.