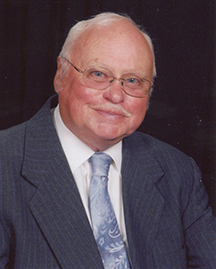 A funeral service for Kenny will be at 10:30 a.m. Monday at First Lutheran Church, 140 Third Ave. SW, Glenville, with the Rev. Dave Efflandt officiating. Burial will be in the First Lutheran Cemetery, rural Glenville, with full military honors. Visitation will be from 3 to 6 p.m. today at the Conner Colonial Chapel, 1008 First Ave. S., Northwood. Visitation will also be one hour prior to service time on Monday at the church.

Kenneth “Kenny” Merle Nelson, was born on July 27, 1941, in Northwood, the son of Clarence and Selma (Thompson) Nelson. He was baptized at Shell Rock Lutheran Church, rural Northwood, and reaffirmed the faith of his baptism through confirmation at the First Lutheran Church in Northwood. Kenny attended Heartland No. 1 grade school and graduated from Northwood High School in the class of 1959. Kenny was inducted into the Navy in 1960 and served his country honorably and faithfully until his discharge in 1962. He was united in marriage to Cindy Hillman on March 11, 1967, at the First Lutheran Church in Glenville. Kenny lived in Northwood from 1967 until 1973, working for Fallgatter’s grocery store in Northwood. Kenny moved to Des Moines working for Hinky Dinky grocery store for 10 years until moving back to Gordonsville. Kenny was employed with Cargill Inc. in Albert Lea for 27 years until his retirement in 2010.

Kenny was very active and was a member of First Lutheran Church in Glenville, was past president of the church council and was still on the church council at the time of his death. He was a life member and past commander of the Glenville American Legion Post, past district commander of the 1st District from 1995 until 1996, Department of Minnesota American Legion vice commander, Freeborn County American Legion, Eagles member in Albert Lea and was a member of ANAVICUS, Chef de Gare of Rochester 40 and 8th.

Kenny enjoyed camping, fishing, puzzles, gardening and loved playing Santa Claus for many years in southern Minnesota and northern Iowa, but his great love and enjoyment was his family and grandchildren.

Those left to cherish his memory are his wife, Cindy Nelson of Northwood; his children, Troy (Robyn) Hillman of Glenville, Angela (Lance) Keltner of Story City, Iowa, and David (Kelli) Nelson of Albert Lea; his grandchildren, Tyler (Zach), Kayla, Katie, Bentley and Ella Hillman, Cole and Kailee Keltner; his sister, Mary (Orlyn) Groe of Ankeny; his uncle and aunt, George (Ida) Thompson of Colo, Iowa; his foster son, Jeff Cook of Redwood; several nieces, nephews, as well as many other extended family members and friends.