Funeral services for Linda Lair will be at 11 a.m. Nov. 4 at St. Theodore’s Catholic Church in Albert Lea, the Revs. Russell Scepaniak and David Byrne officiating. Visitation will be from 4 to 7 p.m. Monday at Mahn Family Funeral Home in Rochester, and from 4 to 7 p.m. Tuesday with a prayer service at 6:30 p.m. at Bayview/Freeborn Funeral Home in Albert Lea, and one hour prior to the service at the church. Online condolences are welcome at www.bayviewfuneral.com. 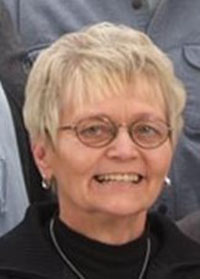 Linda (Lubke) Lair, 68, of Rochester died Friday, Oct. 30, 2015, at her home in Rochester surrounded by her family, who loved her so dearly after a courageous battle with cancer.

Linda was born June 25, 1947, in Sioux Falls, South Dakota, the daughter of Paul and Twila (Jensen) Lubke.  She grew up in Garrison, South Dakota, and later moved to Albert Lea in 1961. Linda graduated from Albert Lea High School with the class of 1965.

On April 3, 1965, she married the love of her life, Jerry Lair. In 2002 they renewed their vows and devotion to one another after years of separation.

Linda spent several years as a stay-at-home mother to her three beloved children. During her working years in Albert Lea she was employed at Boyd & Jack’s Grocery, Northpark, Lifestyle Management and the Albert Lea school district as a paraprofessional. After moving to Byron Linda managed a Mobil Station. She spent the past 15 years working as a pharmacy technician at Cub Foods in Rochester.

Linda was a NASCAR enthusiast, especially for the No. 88 Earnhardt car. She was an avid sports fan, enjoying Minnesota Twins baseball, Minnesota Gophers football and basketball, the Minnesota Wild and the Green Bay Packers.  She enjoyed watching her nephews and grandson, Josh, play hockey, and in most recent years enjoyed watching her grandson, Jeramiah, play soccer and baseball. She loved spending time on her daughter, Amy, and son-in-law James’ farm riding on the Gator, learning about the farming operation and enjoying the animals. Linda had a lifetime love of gardening, from vegetable gardens and canning to beautiful summertime potted flowers. Fishing was always enjoyable for Linda, even on the days the fish weren’t biting. Linda’s favorite pastime was spending time with her grandsons, children and the love of her life: her husband, Jerry.

Linda is preceded in death by both of her parents; and one brother-in-law, James Lair.

The family would like to express gratitude to Seasons Hospice and Dr. Ashley Eagen for compassionate care.