Minnesotans march in solidarity in Minneapolis after Paris attacks 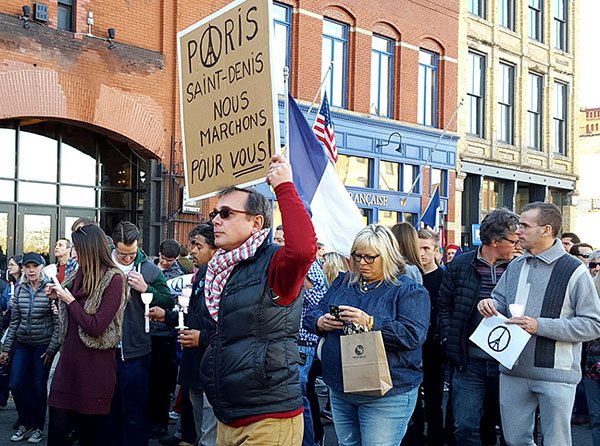 “Paris, Saint-Denis, we walk for you!” Christophe Wall-Romana, a professor in the University of Minnesota’s department of French and Italian, joined the Sunday walk in solidarity with France. – Doualy Xaykaothao/MPR News

MINNEAPOLIS — Hundreds of people marched from a French-language school and culture center in Minneapolis to a local church to show solidarity with France.

Minnesota Public Radio News reports the marchers left candles, flowers and a miniature Eiffel Tower outside Alliance Francaise, a French language and culture center. The group then marched down Hennepin Avenue toward the Basilica of St. Mary for a service.