No injuries reported in Interstate 35 crash 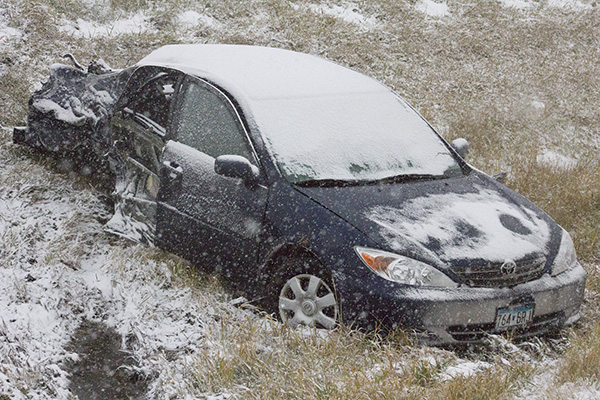 No one was reported injured after a car-semi crash Friday afternoon on Interstate 35, south of Albert Lea. – Sam Wilmes/Albert Lea Tribune

No injuries were reported after a car and semi collided Friday on Interstate 35, south of Albert Lea.

A Toyota Camry lost control, went through the median and struck a semi that was heading south, according to the Minnesota State Patrol.

The Camry was reportedly totaled and the truck was leaking fluid and was towed, according to the State Patrol.