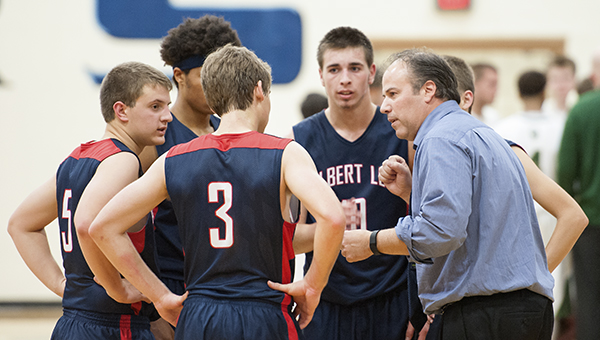 Tigers to play Raiders for 4th time in last decade

History in the last decade between the Albert Lea and Northfield boys’ basketball teams is in short supply.

Last season’s two-game series marked the first time the Tigers took the court against the Raiders since 2005, which was also the last time Albert Lea qualified for the state tournament.

The Tigers, under 2005 coach Matt Addington, defeated the Raiders 60-53 in the first round of the Section 1AAA tournament en route to their first state berth since 1936, according to Tribune archives.

However, the Albert Lea-Northfield series fell dormant until last year, when the Raiders re-joined the conference after leaving in 1968.

The Tigers enter Tuesday’s game with a 79-66 home loss last Tuesday against Rochester Mayo (1-2, 1-1 Big Nine). Although Albert Lea lost, the Tigers led by two points at halftime and had seven players with scoring production.

Tigers first-year head coach Stan Thompson said he was impressed by the hustle his team showed and how they came up with more loose balls than Mayo.

“The guys were flying around,” he said. “They brought a positive energy to the court and didn’t back down. They were really after it.”

Northfield enters the game with an 84-76 home win over Rochester Mayo and a 68-54 victory at Mankato West.

Both teams have threats from beyond the arc.

Against the Spartans, Albert Lea’s Jake Thompson buried 4 of 7 3-pointers en route to 27 points. Jake Kilby added 20 points with a pair of treys.

“They like to shoot 3s, and we want to make their guards uncomfortable to get them off their game,” Stan Thompson said.

After watching the Northfield-Mayo game, Stan Thompson said the Raiders showed depth. Albert Lea will be looking for players who contributed in the opener to show improvement in their second game.

“It’s a matter of time played,” Stan Thompson said. “It’ll help now that they have a game under their belt.”

What else: Albert Lea is 1-2 in three meetings over the last decade against Northfield. The Raiders won two last year.