Graveside services for Richard H. Helland, 90, of Albert Lea will be at 11 a.m. Tuesday at Greenwood Cemetery. Military honors will be accorded by local servicemens organizations, Veterans of Foreign Wars and the American Legion. Online condolences are welcome at www.bayviewfuneral.com. 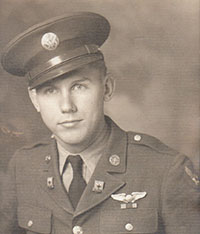 Richard died Sunday, Oct. 25, 2015, at Prairie Senior Cottages where he was loved and cared for by a wonderful staff.

Richard Harold Helland was born Nov. 8, 1924, west of Forest City, Iowa. In 1930 his family settled in Crystal Lake, Iowa. He attended Crystal Lake High School, graduating in 1943 and then enlisted in the United States Army Air Force. Richard was trained as a flight engineer/gunner on an A-26 low level aircraft and served in the South Pacific. He was discharged in 1945. 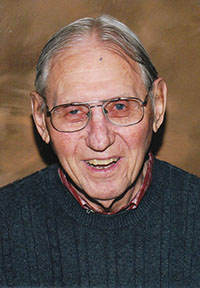 In 1947 he married Lois Wenk in Chicago. From this union were two children. Richard attended the Spartan School of Aeronautics in Tulsa, Oklahoma. He earned his commercial pilot, flight instructor, single engine, sea aircraft and engine mechanic licenses. Richard worked as a flight instructor and crop duster. He was recalled to active duty during the Korean War in August 1950, where he served in a special air missions squadron flying night missions and dropping spies behind enemy lines. After being discharged in 1952 he returned to Chicago and worked for Eastern Airlines as a mechanic/general foreman for 33 years. After retiring he moved to Glenville in 1988.

Survivors include his friend, Sharon Nelson, and her family; daughter, Debra Jones, and her children Kristopher and Kimberly and her two sons; son, Rick, and his family, all of the Chicago area; sisters Margaret Delger and Donna (Ed) Delger; brother, Walter Riggle; and many nephews and nieces.

Richard was preceded in death by his father, Clifford; mother, Martha; stepfather, Ray Riggle; and brother, Harold, in infancy.

May he fly eternally in his favorite Stearman Biplane.