Memorial services for Richard Moore, 85, of Albert Lea, will be at 2 p.m. Saturday at First Lutheran Church. The Rev. John Holt will officiate. Interment will be in Hillcrest Cemetery with military honors accorded by the Veterans of Foreign Wars and American Legion honor guards. Visitation will be one hour prior to the service at the church on Saturday. Bayview/Freeborn Funeral Home is assisting the family. Online condolences are welcome at www.bayviewfuneral.com. 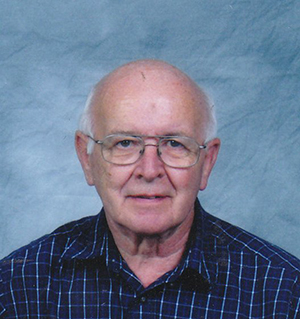 Richard Henry Moore was born on March 26, 1930, in Fairmont, the son of Allen and Beryl (Froelich) Moore. He attended Fairmont schools and graduated from Fairmont High School in 1948. He was employed at Fischer’s Clothing and Wallace Department Store until he was called into the service. Dick served with Company K — 47th Division during the Korean War. Dick was united in marriage to Harriet L. Heenan on Jan. 7, 1951, in Blue Earth. Following his discharge from the service he returned to the Wallace store in Fairmont. He was transferred to the Albert Lea Store in 1952 as store manager. Dick was a former member of Grace Lutheran Church, where he was active on the church council and served as a past president of the congregation. Dick was also a former Boy Scout leader. He and Harriet joined First Lutheran Church in 1981. Dick also worked for Dave Severson Ford from 1991 to 2004. He was a member of the Albert Lea Planning Commission for 21 years and served as its chairman for 12 years. He was a lifetime member and past president of the chamber of commerce and a member of the Elks Lodge and American Legion.