Memorial services for Roger H. Schultz, 79, of Albert Lea will be at 10:30 a.m. Tuesday at St. Theodore Catholic Church. The Rev. Russell Scepaniak will officiate. Military honors will be accorded by the American Legion and Veterans of Foreign Wars honor guards. The burial will be private. Visitation will be from 4 to 7 p.m. Monday at Bayview/Freeborn Funeral Home and one hour prior to the services at the church. Online condolences are welcome at www.bayviewfuneral.com. 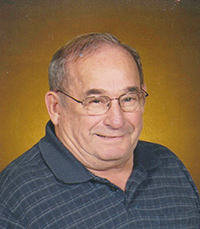 Roger Hilary Schultz was born Jan. 10, 1936, in Wells, the son of Gregory and Anna (Kulla) Schultz. He grew up in Wells where he attended school.

Roger served his country in the United States Army in Korea from 1955 to 1957.

On May 10, 1960, he was united in marriage to Corrine Johanson at St. Casimir Catholic Church in Wells.  Roger was a self-employed carpenter in the local area. He enjoyed creating stained glass, wood carving, playing cards, fishing and hunting. Woodworking was a passion of his, having made most of their furniture. Roger was also known for his cooking skills — especially his barbecue sauce. Roger and Corrine loved to travel and did a lot of it. He volunteered his time and talents to Habitat for Humanity and participated in a mission trip to Honduras. Spending time with his grandchildren, bird watching and feeding deer in his backyard were also important to Roger. He was a member of Veterans of Foreign Wars and St. Theodore Catholic Church.