Starting a new restaurant of their own 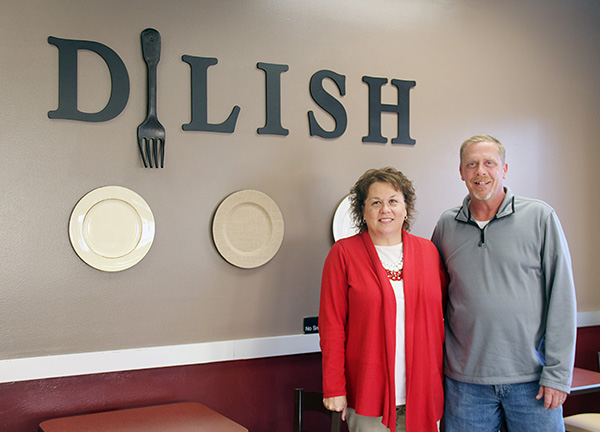 Danielle and Dave Nelson plan to open their new restaurant D’Lish in December. The restaurant, at 122 Bridge Ave., will be casual dining and will still offer drive-thru service. – Sarah Stultz/Albert Lea Tribune

Business at former Taco Bell location to feature a variety

The owners of the former Albert Lea Taco Bell are slated to open a new restaurant in its place at the beginning of December.

Dave and Danielle Nelson said when they announced in August that Taco Bell would close in September because of too many demands on a corporate level, they didn’t want to walk away because of their employees and their customers.

“We had a lot of customers — it wasn’t that,” Dave Nelson said. “It was the constant changing of things at corporate.”

Instead of owning a franchise, they decided to open their own restaurant and be able to use the same equipment they had previously.

He said the idea they came up with will be called D’Lish, and the restaurant, at 122 Bridge Ave., will have everything from salads and chicken and pork sandwiches, to shrimp and rib tips. 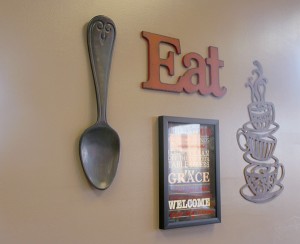 The walls inside of D’Lish are decorated with fresh decor. – Sarah Stultz/Albert Lea Tribune

The Nelsons are trying to keep their vendors as local as they can. He said they purchased racks from Copper Kitchen in Albert Lea and are working with Ad-Art for the staff T-shirts and menu boards. They are working with Martin Brothers Distributing Co. out of Cedar Falls for a food vendor and Mrs. Gerry’s Kitchen in Albert Lea for macaroni and cheese and mashed potatoes, to name a few.

The restaurant will be classified as casual dining, but will still have a drive-thru window, and employees will be able to make deliveries to businesses.

“We’re excited to start and stay open and not have to give everything to franchise fees,” Danielle Nelson said, noting that it is difficult for a franchisee with only one building to do major upgrades.

The couple had owned the Taco Bell in Albert Lea for five years before it closed, but Taco Bell itself had been next to Nelson’s Shell since about 2000, Dave Nelson said.

He said the hardest part of closing Taco Bell was telling the news to their employees.

The couple said they have since hired back their old crew from Taco Bell, plus an additional 17 to get the restaurant started.

A chef from Martin Brothers is coming in this week to work with the general manager and shift leaders to help them learn the new menu, and then they will train the rest of the crew.

The inside and outside of the building has already been repainted, a new pop machine has been installed and most of the decorating is completed.

The couple said they came up with the name while having breakfast one day at Hy-Vee with their family. They decided they needed to come up with a name that day before they left the store.

In the future, they hope to get an email set up so people can email in their order if they choose.

Aside from the restaurant, Dave Nelson works for Minnesota Energy Resources, and Danielle Nelson works at Hawthorne Elementary School.

They said they are excited to make the restaurant a family operation, as they will have their son working there, along with their twins on winter break, and possibly a niece.