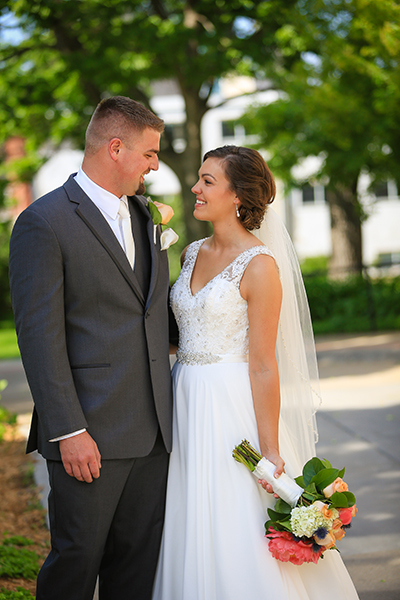 Emily Stoneking and J. Dwight Seiler, both of Albert Lea, were married in a double ring ceremony at 7 p.m. June 5, 2015, at Gale Mansion in Minneapolis. A reception followed the ceremony.

The groom is the son of Dennis and Tamra Seiler of Albert Lea and the grandson of Richard and Mary Margaret Pecht of Lewistown, Pennsylvania, and Glenn Seiler of Lecanto, Florida.

The bride was a 2011 graduate of Albert Lea High School and a 2015 graduate of Luther College. She is employed as a certified athletic trainer at Mayo Clinic Health System.

The groom is a 2013 graduate of Riverland Community College. He is employed as a resource technician at Vestas.

Ushers were Matthew Stoneking, brother of the bride, and Jed Lokken, friend of groom.