Thomas Fleming Wetzell Sr., 83, of Albert Lea, formerly of Wells, died Sunday, Nov. 22, 2015, at Mayo Clinic Health System in Mankato after a courageous battle with Alzheimer’s disease. A memorial service will be at 11 a.m. Saturday at Good Shepherd Lutheran Church in Wells. The Rev. Mary Iverson will officiate. Visitation will be from 4 to 7 p.m. Friday at Bruss-Heitner Funeral Home in Wells. Visitation will continue one hour prior to the service at the church on Saturday. Bruss-Heitner Funeral Home of Wells is assisting the family. To leave an online condolence, visit www.brussheitner.com. 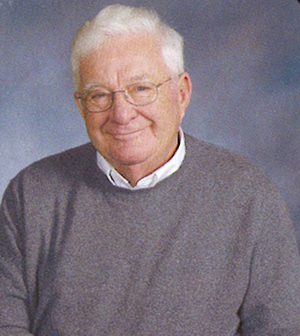 Tom (Doc) was born April 1, 1932, in Sterling, Illinois, the son of Lyle and Ruth (Fleming) Wetzell. Tom was united in marriage to Jean Hawkins on Aug. 10, 1951, in Milledgeville, Illinois. He graduated in 1956 from Iowa State University with a doctorate in veterinary medicine degree. He started his own practice in Alden in 1956. In 1972, Tom purchased Wells Vet Clinic, which grew to become South Central Veterinary Associates. He was awarded Minnesota Veterinarian of the Year in 1987. Tom was a loyal member of Good Shepherd Lutheran Church of Wells. His strong faith was demonstrated by his participation in the church choir and Promise Keepers men’s group. Tom was also passionate about his community, where he was an active member of the Wells Lions and Wells Area Food Shelf. He loved his time at the family cabin on West Jefferson Lake and was an avid fisherman. Tom had a generous heart, and a love for life and his family.

He is preceded in death by his parents; wife, Jean; daughter-in-law, Nancy Wetzell; and sister, Margaret.