Funeral services for Wanda Almira Dowd of Albert Lea will be at 2 p.m. Tuesday at First Presbyterian Church in Albert Lea. The Rev. Dwight Netzer will officiate. Visitation will be from 4 to 7 p.m. Monday at Bonnerup Funeral Service and one hour prior to the service at the church. Interment will be in Hillcrest Cemetery in Albert Lea. 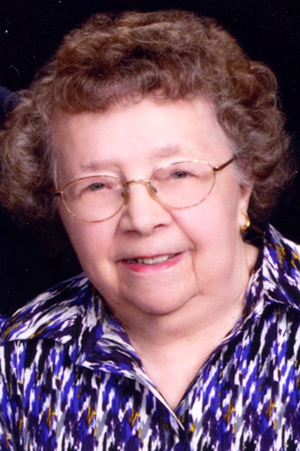 Wanda was born June 28, 1927, in Irene, South Dakota, the daughter of Minnie A. (Morrison) and Richard C. Nelson. She attended high school first in Marian, South Dakota, followed by her junior and senior years at Albert Lea High School. She graduated on June 1, 1945. Wanda went on to General Beadle Teachers College, currently Dakota State University, in Madison, South Dakota. After graduation she taught for one year in a rural school outside of Marian, two years in a rural school in Freeborn County (Moscow), followed by two years teaching first grade in Sioux City, Iowa.

Wanda married R. Stanley Dowd on Feb. 4, 1951, at First Presbyterian Church in Albert Lea. Wanda and Stan were able to celebrate 64 years together before his death on Feb. 28, 2015. Wanda and Stan lived the first two years of marriage in San Luis Obispo, California, while Stan served in the Army. After his discharge in 1953 they made their home in Albert Lea.

Wanda was a devoted homemaker and mom. She was a room mother, Girl Scout leader and Sunday school teacher. She was also active in her church circle and Prime Timers. After her children were grown, Wanda subbed for Alpha Enterprises, currently Cedar Valley, from 1984 through 1993.