MINNEAPOLIS  — Through another seemingly interminable losing streak, the Philadelphia 76ers have been done in by some of the NBA’s biggest names.

Tim Duncan rallied the Spurs to a win. Dirk Nowitzki broke their hearts for Dallas. Dwyane Wade and Chris Bosh blitzed them over the final seven minutes in Miami.

Andrew Wiggins joined that list on Monday night. And the Minnesota Timberwolves believe the 20-year-old star will one day deserve to be mentioned in the same breath.

Wiggins scored 11 of his 32 points in the final five minutes to help the Timberwolves keep Philadelphia winless on the season with a 100-95 victory. 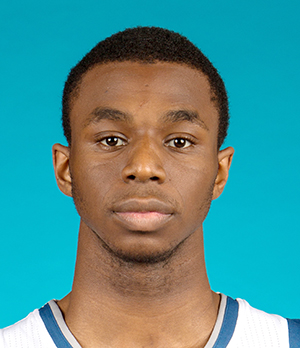 Kevin Garnett had eight points and 10 rebounds and the Timberwolves (6-8) won at home for the first time in seven games this season. They dropped Philadelphia to 0-15 and avoided another embarrassing home loss to the Sixers, who snapped an 0-17 start to last season with a win at Target Center.

Jahlil Okafor had 25 points, 12 rebounds and two blocks for Philadelphia and thoroughly outplayed No. 1 overall pick Karl-Anthony Towns, who played just 19 minutes because of foul trouble. The Sixers led by 13 in the first half and by five with 2:30 to play but once again couldn’t hold on and have now lost 25 straight dating to last season.

“I think we’ve taught them how to compete,” Philly coach Brett Brown said. “Now the next layer is we’ve got to teach them how to close out a game with a win.”

One game after letting an 11-point lead slip away in the final seven minutes against Miami, the Sixers led by six with under five minutes to play.

The reigning rookie of the year — coveted by the 76ers in last year’s draft — scored on a drive, a runner and a three-point play to get Minnesota within two at 91-89.

“My teammates and my coaches trust me down the stretch to make the right plays and win the game for us,” Wiggins said. “That’s what I’m going to try to do.”

Then Jerami Grant swatted a dunk attempt by Kevin Martin right into Wiggins’ hands. He threw down a thunderous dunk to tie it at 91, and then knocked down two free throws a minute later for the lead and fed Martin for a 3 with 28 seconds left.

“He can become MVP one day in this league,” said teammate Ricky Rubio, who had eight points, 11 assists and six rebounds.

The Sixers have taken a beating over the last few years under Sam Hinkie’s plan to tank their way back to the top, but Minnesota holds a special place in their hearts. Last year they were one loss away from tying the league record for consecutive defeats to start a season when they won at Target Center.

“It’s not a moral victory,” Okafor said. “Ten games ago we had some pretty close games that we lost. We are doing better, but we’re trying to get our first win.”

Unlike the 76ers, a team filled with youngsters that is built to lose, the Timberwolves have surrounded their young core with veterans Garnett, Tayshaun Prince and Andre Miller, all in an attempt to insulate the kids from the trauma that can come with mass losing in the NBA.

Garnett delivered a throwback performance, scoring six straight points in a 10-0 run to open the third that got a Target Center crowd rendered sleepy by the team’s sluggish play in the first half on its feet.

“When we talk about how valuable Kevin is to our team, he’s not the same player on the court,” Mitchell said. “He has glimpses of it, flashes of it. But what he does in the locker room, at some point you hope it catches on. He gave us a big lift. He did not want to lose this game tonight.”

Timberwolves president and coach Flip Saunders died on Oct. 25 from complications from Hodgkin’s lymphoma. His wife, Debbie, returned to Target Center on Monday night for the first time since he passed away.

She wiped tears from her eyes as she found her normal seat a few rows behind the Wolves bench and watched the game with her daughters while her son, Ryan, served as assistant coach.

76ers: G Nik Stauskas did not play in the second half because of a sore left knee. He will have an MRI on Tuesday. … Robert Covington scored 18 points and Isaiah Canaan added 14.

Timberwolves: Towns had six points and two rebounds. … Reserve F Nemanja Bjelica missed his second straight game with a bruised left knee. … Martin made his first start of the season and had 11 points on 4-for-11 shooting.