Wine to water — it’s not a misprint

Across the Pastor’s Desk

Jesus is the living water, yet many still thirst in God’s world.

Two individuals were talking together — an optimist and a pessimist.

The optimist said, “This is the best possible world.” 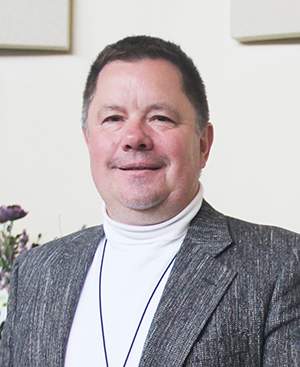 The pessimist replied, “I am afraid you are correct.”

You and I fit into one position or the other, but with an awareness of God in our lives, the world makes more sense, or at least we think it should.

Turn your attention to the matter of the world’s water supply. Clean drinkable water, life-giving, life-sustaining. It is the most simple, yet vital element of any living civilization.

Clean water, to us, is a given, an afterthought. Now pass the turkey, dressing and pumpkin pie. Yet to billions in our world drinkable water is a scarce commodity. Lack of clean drinking water kills more than you would ever expect. Those who control its distribution — or worse, those who contaminate the supply — do so for power and to control an area and its people. They have little concern for the lives they are destroying. Water becomes a cruel weapon.

This global water crisis was brought to my awareness through a presentation I heard at my local Kiwanis and rotary clubs, by the North Iowa Area Community College Performing Arts and Leadership series of Mason City, Iowa. They were responsible for bringing the founder of Wine and Water, Doc Hendley, to the area. I’d like to share a small part of his history with you.

Doc’s story is amazing. He is a  2009 CNN Hero, yet an ordinary man seeking purpose in his life. He is the president of Wine to Water.

“When the idea came to me to start Wine to Water, the only job experience I had was tending the bar,” Hendley said. “I dreamed of building an organization that fought water-related death and disease using different methods than anyone else. So I started raising money to fight this water epidemic the only way I knew how — by pouring wine and playing music.”

His first fundraiser was in February 2004. By August of that same year, Hendley, just 25, was living in Darfur, Sudan, installing water systems for victims of the government supported genocide. He put his life in peril, along with those on his team who were committed to providing clean water for the world.

When Doc returned home in August 2005 after spending that year in Darfur, the haunting memories of what he had seen drove him to continue to build the organization he started two years prior. In 2007, after working two jobs and volunteering his time for three years, Wine to Water became an official 501(c), and Doc’s dream became a reality. He now has water providing/filtering projects in nine different countries around the world and has saved hundreds of thousands of lives by providing humanity’s most basic need and right — clean drinking water.

You never know how God will use you.

Recently I was humbled by being featured in the Albert Lea Tribune’s Prairie Profile. Within that article an interesting fact was shared that I had bought Vikings head coach legend Bud Grant’s Bible. True, yet it retrospect, I should have shared that while studying in Ghana, West Africa, I contracted malaria. Thankfully the disease was successfully treated at Rice County Hospital in Faribault. I was quite the novelty, and ironically, it was the same hospital where our first granddaughter was born. I believe that African experience kindled my calling and helped me see the bigger picture. Yes, it took over 30 years, but our God is a patient God. And I thank God for the privilege and honor to serve him here at St. John’s Lutheran Community and beyond. We are blessed and shouldn’t rest until all have access to life-giving water. Yes, Jesus changed water to wine, yet the greater miracle today might just be the other way around.

Doc’s story reminds us, no matter what our background or experience level that what we are is God’s gift to us, what we become is our gift to God. One person can make a difference in God’s world.