A celebration of traditional Christmas music 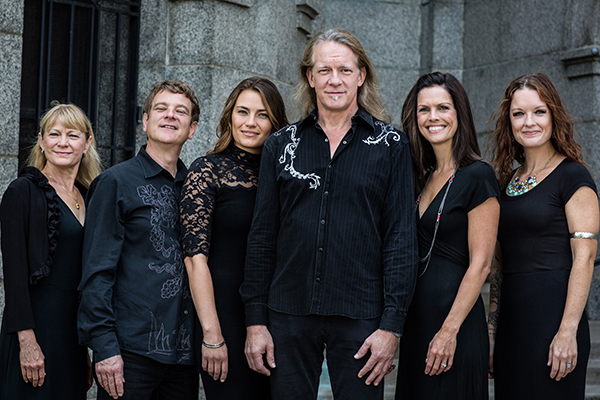 McLaughlin, who is known for his harp-like guitar playing and who has achieved Billboard’s Top Ten Chart, said with all of the negative things happening in the world right now, he and his group hope to spread a positive message.

“At a crazy time, the message of Christmas becomes even more profound if you can find a way — and music is a good way — to cut through the day-to-day stuff and get to people’s hearts,” he said.

SimpleGifts is made up of McLaughlin, an award-winning guitar virtuoso; Billy Oehrlein on percussion; Heather Moen on vocals and violin; Laura MacKenzie on Celtic whistles, flutes, concertina and bagpipes; Torie Redpath on vocals and Amy Courts on vocals.

McLaughlin said he and his group are bringing in a theatrical set and lighting design that will enhance the performance at Southwest Middle School’s Little Theatre. He described the set as having a “Fountains Abbey” look, which matches the Celtic influences.

The group is teaming up with the Albert Lea High School Chorale on a piece McLaughlin wrote titled “Oh Mary.” He said it started out as an a cappella song meant for three singers that references the traditional Christmas story of Jesus Christ but has been reworked into a choral arrangement by Minnesota standout choral arranger Nate Sabin.

“It’s going to be really powerful,” McLaughlin said. “It follows the complete narrative from the manger on to the present day.”

People can expect to experience bagpipes, Celtic flutes, violins, piano and vocal harmonies, sprinkled with percussion and McLaughlin on the guitar. The group avoids the commercial and pop holiday songs.

This will be the eighth year for the group to be in Albert Lea.

McLaughlin said his mostly Twin Cities-based band has felt a connection to Albert Lea and that’s why it keeps coming back each year.

“We have declared if we’re going to have a home in southern Minnesota, it’s going to be Albert Lea,” he said. “They have been there every year for us, and they keep wishing us back.”

Tickets are $10 for students and $20 for adults in advance. Tickets are $25 for adults at the door. Groups larger than 20 can qualify for a discount.

People can get a taste of the music they will hear in the concert by visiting www.simplegiftsmusic.net ahead of time.