A.L. man sentenced to over 3 years for heroin sale

An Albert Lea man was sentenced to more than three years in prison Monday in Freeborn County District Court after pleading guilty in May to selling heroin to a confidential informant.

Kevin Haymore, 49, was sentenced to three years and three months in prison after pleading guilty in May to aiding and abetting the third-degree sale of heroin. 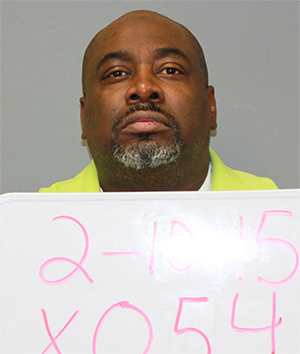 According to court documents, on March 9, 2014, agents of the South Central Drug Investigation Unit met with a confidential informant who said that Haymore would sell 3 grams of heroin for $600.

A plainclothes deputy reportedly went with the confidential informant in a vehicle and dropped the informant off. The informant reportedly met with Haymore at Haymore’s home at 806 Pillsbury Ave. and received four small baggies wrapped in a receipt.

According to court documents, the baggies were turned over to a sheriff’s deputy who weighed them and noted the weight was a gram short.

When informed that it was a gram short, Haymore reportedly said he didn’t know it was short and that he would call his “dude” and then call the informant back.

Haymore was reportedly identified with his driver’s license photo. His address is within a block of Hawthorne Elementary School.

He was originally charged with selling heroin in a school zone, but that charge was dismissed.

Haymore will be eligible for supervised release after two years and two months, if he behaves himself in jail, Leuning said.

He will serve his sentence at the Minnesota Correctional Facility in St. Cloud.