A surprise from old St. Nick 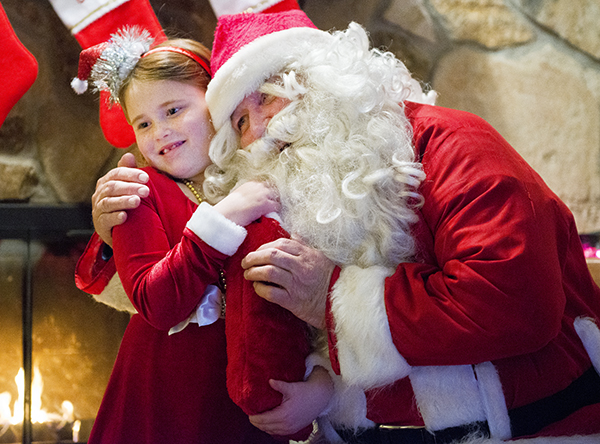 Hazel Botten, 6, visits with Santa Claus at her grandparents’ house. Her grandparents Al and Paulette Botten are friends with Jack Werner, who has played Santa Claus every Christmas for 50 years. – Colleen Harrison/Albert Lea Tribune

It’s usual for families to have their own traditions around the holidays. For one Albert Lea man, his family tradition is dressing up as Santa Claus each Christmas.

Jack Werner, 70, has played Santa every year for 50 years. His grandfather, Siles “Si” Passer, dressed up as Santa Claus when Werner was a child, and the Santa suit Werner dons today is the same one his grandfather wore. Werner’s grandmother made the original costume in the 1930s.

Werner first started dressing up as the holiday icon for his nieces and nephews in the mid-1960s, after returning home from serving in the Vietnam War. In the early days, Werner said he wore a mask as he thought he didn’t look old enough to pass for Santa, and didn’t want anyone to recognize him.

What started as dressing up for family grew into dressing up for friends, neighbors and their children, as well. Werner said he has played Santa Claus for over four generations of children in some families. He said some of them still haven’t figured out it was him playing Santa Claus all those years.

Werner said he has never missed dressing up for Christmas due to inclement weather. He even recalled one year when he and his wife, Donna, were driving home from a visit when their car slid off the road and got stuck. Werner had to walk down the road to call for a tow truck, fully-dressed in his Santa costume. He said someone pulled over to offer “Santa” a ride.

For Werner, the best thing about playing Santa has been seeing the reactions on children’s faces when he walks in the room. He said that younger children, around 2 and 3, seem to be afraid of him more often, while children slightly older seem to usually be excited. Children around 7 and 8 years old tend to be shy around Santa, as well, he said.

In addition to dressing up as Santa for children, Werner has also visited nursing homes in the getup, including the one that housed his parents before they passed away. No matter the age — young or old — the reactions have always been the highlight of Werner’s holiday.

“They enjoy it when Santa Claus comes in. That’s what I enjoy by doing it, that it’s made a lot of people happy,” he said. “That’s what I hope it does. I want to bring a little happiness in with me.” 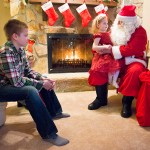 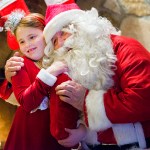 Hazel Botten, 6, visits with Santa Claus at her grandparents’ house. Her grandparents Al and Paulette Botten are friends with Jack Werner, who has played Santa Claus every Christmas for 50 years. – Colleen Harrison/Albert Lea Tribune 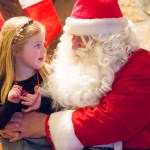 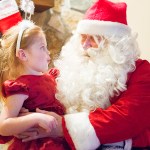 Violette Botten talks about what she wants for Christmas during a visit with Santa Claus. – Colleen Harrison/Albert Lea Tribune