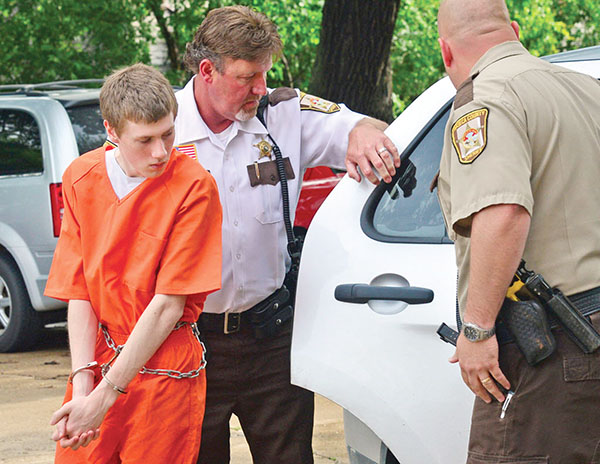 John David LaDue, left, was accused of planning an attack on his school. – Richard Sennott/Star Tribune

John LaDue had gathered chemicals and ball bearings to make bombs, kept a journal detailing his plans to attack his family and the local school, and stashed a loaded gun under his bed to kill family if they found out, authorities said.

But he never actually threatened his alleged victims, never pointed a gun at them and never brought explosives to school, so under state law, he couldn’t be charged with attempted murder or attempted damage to property. 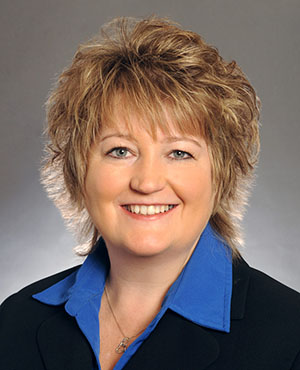 State Sen. Vicki Jensen, DFL-Owatonna, met with Waseca County’s top prosecutor and others who asked her to push to strengthen the law, frustrated that attempt charges against LaDue were dismissed.

The LaDue case raises a question about where the state draws the line between preparing for a crime and attempting to commit it — a question that other states have answered differently.

“You look at everything he’d done, it almost seemed like a no-brainer that yeah, he was intending to kill people,” said Waseca County Attorney Brenda Miller, who prosecuted the case. But in Minnesota, “basically you have to be a bad shot or a bad aim in order to be charged with attempted murder.”

Jensen said she is studying the case for possible legislation.

“I think this particular case really leads us down the road that there could be an argument that there were other steps taken — the building of bombs — some of those kinds of steps that, because Minnesota law doesn’t let you charge it, they can’t even argue that,” Jensen said.

But, she acknowledged, “part of the difficulty in the attempt charge is … we don’t want to prosecute people for their thoughts.”

LaDue was arrested in April 2014 after a citizen became suspicious of him at a storage facility and called 911. When police arrived, they found bomb-making materials, and LaDue, a juvenile at the time, told them of his plans to shoot his parents and sister, then go to school with pressure-cooker bombs, firearms and ammunition.

He directed police to a journal that he kept in his bedroom detailing his plot. Authorities confiscated chemicals, several guns, ammunition and a few completed explosives, some at the locker and some at his home.

But a district judge threw out all four charges of attempted premeditated murder against LaDue, as well as two charges of attempted first-degree damage to property, saying prosecutors hadn’t shown that the boy’s actions went beyond “mere preparation.” The judge let stand six charges that LaDue was in possession of explosive devices.

LaDue eventually pleaded guilty to one charge of explosives possession and was sentenced to up to 10 years’ probation, including an unspecified amount of time in a secure treatment facility.

His parents have stood by him and said they believe he never would have carried out the plan.

Miller argued that attempt charges should be available in such cases so that longer incarceration can keep the public safe.

While appealing the attempt charge dismissals, Miller outlined nine actions LaDue took to reach his goal, including getting a job and a debit card so he would have money and means to buy bomb supplies, stockpiling firearms and ammunition, and making and detonating explosive devices.

Attempt prosecutions in the state have been upheld under scenarios of someone trying to commit a specific crime and failing: one defendant made a stabbing motion toward a victim although the knife blade had broken off in an attempted murder; another grabbed victims and chased them in an attempt to rape them, and another aimed a gun and fired shots in attempted murder.

When officers found LaDue, he was still only preparing for his plan, the appeals court found.

Minnesota law specifies that an individual must have intent to commit a crime and must commit “an act which is a substantial step toward, and more than preparation for, the commission of the crime.”

“The law in Minnesota does not prohibit (LaDue’s) conduct,” the appeals court wrote. “We cannot invite speculation as to whether the acts would be carried out. At present, our attempt laws reach no further.”