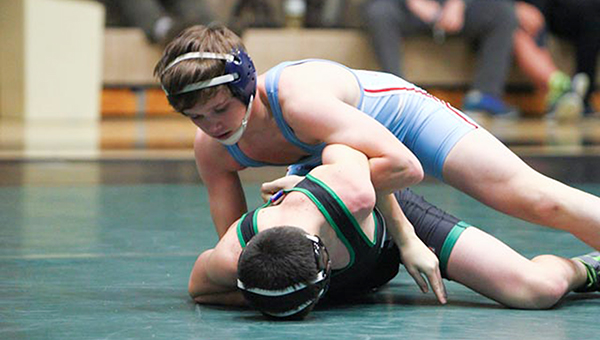 Depth throughout the lineup boosted the Albert Lea wrestling team to its first Big Nine Conference win of the season.

Both teams entered the match with three ranked grapplers in the first edition of the Guillotine’s polls, but by the time Faribault’s first ranked wrestler took the mat, the Tigers already led 41-0.

Out of 14 weight classes, the Tigers produced five falls, while holding the Falcons without a pin.

Nic Cantu of Albert Lea improved to 4-0 this season at 106 pounds by pinning Faribault’s Riley Stoltz in 3:53.

After a 6-0 decision by Jack Johnsrud at 113, a technical fall by Joe Peterson at 120, a fall by Ryleigh Bure at 126 and a forfeit win by Ignaszewski at 132, Glazier pinned Austin Underdahl to give the Tigers a 32-0 lead.

Albert Lea’s Brody Nielsen followed with a fall at 145, and Aldrich edged Tony Avila 4-2 to extend the Tigers’ lead past 40 points.

After a win by Faribault at 160, Chris Nelson pinned his opponent at 170 and Parker Mullenbach posted a 12-0 major decision at 182.