An early Christmas gift for roads and bridges

‘Twas the month before Christmas, when all through D.C.,

Members of Congress found something on which they agree;

“Transportation funding boosts the economy and protects those we hold dear!”

And with that, Minnesotans received a gift early this year. 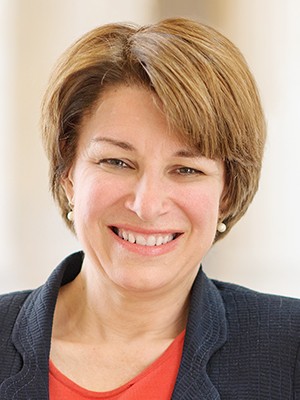 While it may not have exactly been hung by the chimney with care, after years of short-term Band-Aid solutions, this month Congress finally passed a long-term transportation bill that the president signed into law. The bipartisan Fixing America’s Surface Transportation (FAST) Act, which I fought hard to pass, will provide state and local transportation leaders with the certainty they need to move forward on critical transportation projects and increase transportation funding for Minnesota. By investing in our infrastructure, this important legislation will help create jobs, improve safety, and reclaim our country’s competitive edge.

According to the Federal Highway Administration, a startling 24 percent of the nation’s 600,000 bridges are either structurally deficient or functionally obsolete. Those cracks in our broken transportation system became tragically clear on Aug. 1, 2007, when the I-35W bridge collapsed into the Mississippi River, taking the lives of 13 and injuring many more. As I said that day, a bridge should not just fall down in the middle of America, especially not an eight-lane interstate highway that is one of the most heavily traveled bridges in the state.

Following the tragic events on that day in August, I worked across the aisle to get the federal money we needed to rebuild the bridge in under a year. Today the new I-35W bridge is a symbol of pride and resilience. It’s also a model of how we need to do transportation projects: working together — on all levels — to get big things done.

It also means increased investments in transportation projects across the state. Under the FAST Act, Minnesota will receive more than $4 billion in federal transportation funding over five years. In 2016, our state will see an increase of more than $36 million above current funding levels, with increasing amounts each year; by 2020 the state will receive a $107 million increase. From building capacity on roadways to upgrading deficient bridges to improving safety on rural roads, these investments boost our state’s ability to address real transportation needs.

The FAST Act bears other gifts as well, including my provisions to improve rail safety at blocked highway-rail crossings, promote teen driver safety, help combat distracted driving and protect driver privacy. The last two provisions came out of bills I had proposed earlier in the year with Republican Sen. John Hoeven of North Dakota. And like a big, red, economy-boosting bow on top, the bill also includes a long-term reauthorization of the Export-Import Bank, which helps Minnesota businesses export their goods and access new markets.

Ultimately, investing in our highways, roads and bridges is about getting people and goods where they’re going safely and efficiently. But more than that it is about what type of state we want to live in. This bill will help ensure we build a high-quality transportation network that meets the demands of our 21st century economy.

Senator Amy Klobuchar is the senior U.S. Senator from Minnesota.