Memorial services for Arthur R. Cornell, 92, of Albert Lea will be at 2 p.m. Saturday at the Bayview/Freeborn Funeral Home chapel in Albert Lea. The Rev. Kent Otterman will officiate. Interment will be in Hillcrest Cemetery in Albert Lea. Friends may greet the family one hour prior to the service. Online condolences are welcome at www.bayviewfuneral.com. 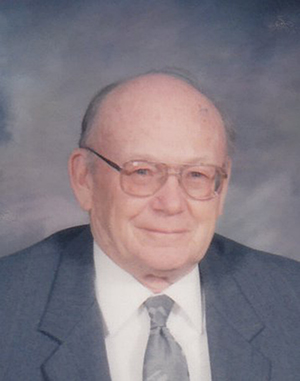 Arthur Roy Cornell was born on Oct. 28, 1923, in rural Gary, South Dakota, the son of William and Martha (Nagele) Cornell. He attended Troupe School there. Art was baptized and confirmed at Evangelical Lutheran Church in Gary. He served his country as a private in the United States Army during the Korean War. He worked at Fairway Foods in Northfield, retiring in 1986. Art also farmed and loved raising cattle. He was proud to be a farmer. On Feb. 4, 1956, Art was married to Ruth Law. They were later divorced. He married Ann Christenson in 1984 and she preceded him in death. Art was a member of the Fraternal Order of Eagles, Twin Lakes Card Club and State Line Polka Club. He loved to dance, and loved old time music and playing cards. Blessed be his memory.

Survivors include his children Randy (Michelle) Cornell of Maple, Wisconsin, Curtis (Marilou) Cornell of San Jose, California, and Donna (Merle) McClelland of Valley Center, California; six grandchildren; five great-grandchildren with one on the way; special friend, Beverly Nelson; and many nieces and nephews.

Art was preceded in death by his parents; his wife, Ann; brothers Edward and Leonard; and sisters Rose, Lena, Mary, Ruth, Edna and Esther.