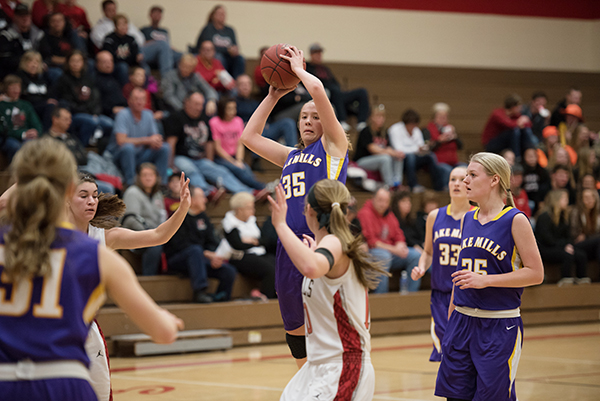 Lake Mills’ Lexi Groe goes up for a shot during Friday’s game against Garner-Hayfield/Ventura in Garner, Iowa. – Lory Groe/For the Albert Lea Tribune

Scoring double digits in three out of four quarters, the Bulldogs nearly doubled the score of their opponents Friday night. 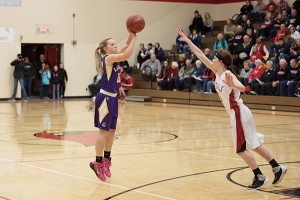 “It was an explosive first half offensively for the team tonight,” said Lake Mills head coach Thad Evans. “We did an exceptional job of moving the basketball to find open looks at the rim, and we converted.”

The Bulldogs dominated the Cardinals 43-21 at halftime.

“With a solid lead at halftime we were able to play the entire bench good minutes and work on some things in the half court that we think will benefit us the deeper we get into the season,” said Evans.