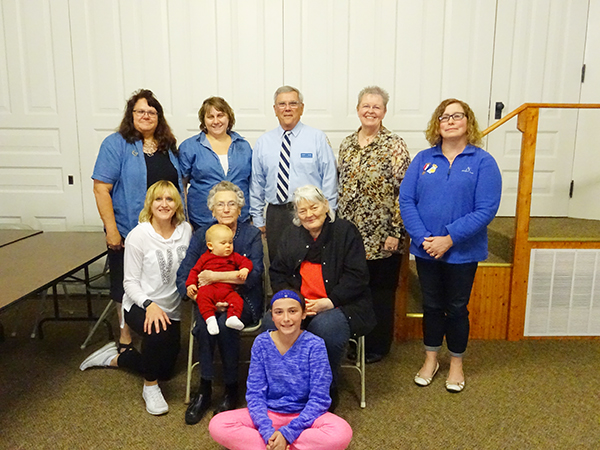 Barbara Burii Tent No. 24 of The Daughters of the Union Veterans of the Civil War 1861-1865 met Oct. 10 at First Baptist Church in Owatonna for its bi-monthly tent meeting. After the meeting Barry Adams gave a presentation on a Civil War soldier from Medford. Adams is a resident in Owatonna and has been a Civil War reenactor. He previously lived in Pennsylvania in Berks County and did a lot of research on the 5,300 Civil War soldiers from there. Since moving to Owatonna he has been researching the 730 Civil War soldiers from Steele County. He has spoken at over 100 different events, such as Civil War round tables and other meetings. He also is a retired guide for the Gettysburg National Park and is very active in the Steele County Historical Society, having recently served on the board.

For more information about the DUVCW contact Sherry Harbal at sherry@harbalfamily.com or 507-455-3173.