A memorial service for David E. Schmidt will be at 10:30 a.m. Monday at Zion Lutheran Church in Albert Lea. The Rev. Robert Stohlmann will officiate. Visitation will be from 5 to 8 p.m. Saturday at the Bonnerup Funeral Service chapel in Albert Lea and will continue one hour prior to the service on Monday. Inurnment will take place at Hillcrest Cemetery. 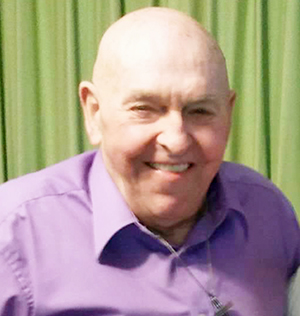 David Emil William Schmidt was born May 16, 1936, in Austin to Louis and Ida (Ohm) Schmidt. He was raised in Waltham and graduated from Austin High School in 1954.  On Dec. 9, 1955, he was united in marriage to his sweetie, Deloris Heydt, in Sargeant. Dave started working with the state highway department as a surveyor, working to expand I-35 and I-90 around the Albert Lea area. He also worked other odd jobs to make ends meet. He worked at Wilson & Co. for over 20 years as a pipefitter. He and his wife were caretakers at a condominium in Brooklyn Center for 10 years and his last job was working for Home Depot in Albert Lea, from where he retired.

Dave was a member of the Moose Lodge, where he was a part of the ritual team. He was a faithful member of Zion Lutheran Church — so faithful that he would attend every Thursday and Sunday service. He always had to be there a half hour early so he could greet everyone that came to church.

In his early years, he was one of the initial members of the “Lea-ites” motorcycle club. He also was a part of the CB Club, where his handle was the “Brown Bomber.” Dave did everything with his wife, Dee. They would travel, play cards and socialize with friends. Dave took pride in everything he did, big or small. Recently, he was very proud and honored to lead the table prayer every day at Thornecrest.

He is preceded in death by his parents; his sweetie of 60 years, Deloris; daughter, Dawn Tolbers; and brothers Harold and Arnold.

The family would like to thank Dave’s Thornecrest family for the exceptional care that was given to him.