During tough times, turn to God

Across the Pastor’s Desk by John D. Mitchem

“4 The god of this age has blinded the minds of unbelievers, so that they cannot see the light of the gospel that displays the glory of Christ, who is the image of God. 5 For what we preach is not ourselves, but Jesus Christ as Lord, and ourselves as your servants for Jesus’ sake. 6 For God, who said, ‘Let light shine out of darkness,’ made his light shine in our hearts to give us the light of the knowledge of God’s glory displayed in the face of Christ.” 2 Corinthians 4:4-6 NIV 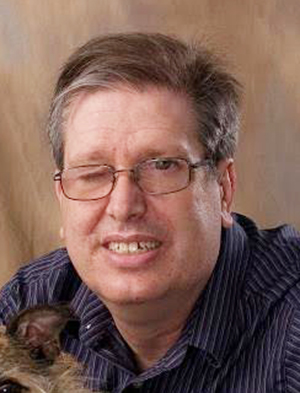 As I sit to write this, my mind continues to return to the events of this past month, from the shooting in Paris to California.  Once again the world watched in horror as evil showed itself. A group of misguided, corrupted men decided it was a good idea to kill 129 innocent people and injure hundreds more in Paris. The day before in Beirut, Lebanon, 43 innocents were murdered and more than 200 were wounded by two bombers who had so little regard for life that they blew themselves up in the process. And, of course, it isn’t difficult to look into the state of things in Nigeria and Kenya and the Congo and see that thousands have been killed this year by a group of insurgents — so determined to control life in that part of the world — that they have also destroyed more than 1,000 schools this year alone. Hearts around the world have been broken by these and so many more manifestations of evil in the world.

In the above scripture passage, we read that Satan, “the god of this age,” is real and is active in the world. Somehow, Satan finds himself as the ruler over this world and the people in it. He is not all-powerful but he is a major influence on people’s opinions, decisions, world views, belief systems and philosophies, and we see that influence realized in the news today. The truth offered by God gets too often hidden and people turn their eyes instead toward falsehoods, power and greed.

It is important to remember, however, that while Satan may have authority and power in the world, it is God who is truly sovereign. In fact, God has already taken the steps necessary to free humanity from Satan’s power. He has given us the gift of His son, and Him crucified as a ransom for our lives and souls. All we have to do is receive the gift.

For those who have chosen abundant life in Jesus, Satan’s power is dispelled. The Holy Spirit living within us guides us and empowers us to resist temptations and pride. With that power comes responsibility, however. God calls us to shine the light of the gospel of Jesus into the world. We are called to shine into the darkness and lead others to Christ, helping them to understand that there is a better way. How, you might ask? Love. Love God and love our neighbor. Resist the urge to hate. Pray for those who persecute you. Be assured, God’s ultimate plan cannot be stopped. Trust in God to walk with you through the trials that the “god of the world” plans.

Ideologies, false religions and philosophies of evil cannot be defeated through the exercise of power. I’m not saying we can’t defend ourselves, and I’m not saying it will be easy, but hardened hearts and blinded eyes can only be healed and changed by the love we show.

God bless you all in these difficult days.