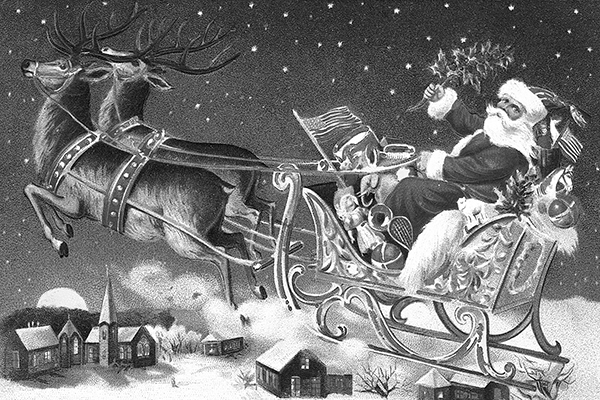 If you’re with your children or grandchildren tonight and have a little extra time, check on the progress of Santa in his journey from the North Pole across the world.

The number in the ad was printed incorrectly. The ad had accidentally printed the number to the CONAD operations center.

Col. Harry Shoup was on duty that night and became known as “Santa Colonel.” He received numerous calls, and rather than hanging up, he and the others there found the location of Santa Claus and reported that to every child who called, according to the NORAD website.

NORAD carried on the tradition when it was formed in 1958. It tracks Santa Claus through satellite systems, high-powered radars and jet fighters. And just like in 1955, volunteers answer calls and emails from children around the world.

Live updates are also given online at www.noradsanta.org.

It’s a fun tradition to take part in. Consider checking it out.