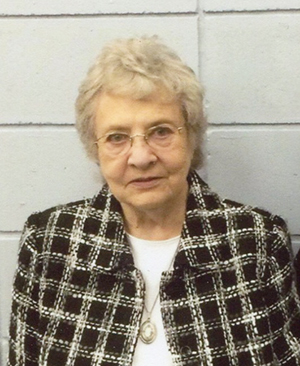 Elaine June (Petersen) Bjelland was born June 3, 1930, to David and Grace Marie (Christopherson) Petersen. She grew up and graduated from high school in Albert Lea.  On July 14, 1953, Elaine was united in marriage to Robert Bjelland at Calvary Baptist Church in Albert Lea. Elaine was employed as a dental assistant in Albert Lea and Rochester. She also worked at St. Marys Hospital in Rochester as a pacemaker lab technician. Elaine enjoyed babysitting for several families in Rochester. Elaine loved to be with her family and visiting with the children she babysat as they grew up. She enjoyed reading, embroidering and crafts.