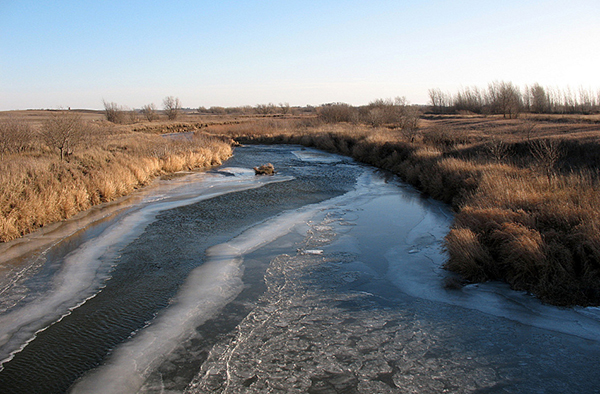 A Minnesota environmental organization is questioning the effectiveness of a farm water-quality program backed by Gov. Mark Dayton and the U.S. Agriculture Department.

The new report says the program does little to address nitrates in drinking water, which are a problem in parts of the state.

The Minnesota Center for Environmental Advocacy looked at farm field runoff records at water research sites around the state. Kris Sigford of the MCEA said the sites where farmers had made a minimum level of improvements still had nitrate concentrations in their runoff higher than the state allows.

“The program is not currently doing its job when it comes to nitrates,” said Sigford.

Sigford and other critics said the program is weak for another reason — it’s voluntary, not mandatory. In the memorandum of understanding that launched the program, Gov. Dayton and federal Agriculture Secretary Tom Vilsack said it would “support state water quality standards.” The MCEA’s Sigford said her organization’s research shows the program is not accomplishing that goal when it comes to nitrates, a pollutant that often ends up in drinking water.

“It’s a very big problem in the state,” said Sigford.

Some Minnesota communities have been forced to install expensive nitrate removal systems to make their water drinkable. Nitrates cause problems when they drain down through the soil into groundwater that supplies drinking water. They also are delivered into streams and rivers through drain pipes that run under many farm fields.

The Minnesota Agriculture Department and other government agencies involved in the program so far have not issued a response to the MCEA’s findings.

Hundreds of farmers across Minnesota have applied for the water quality program. If they qualify, they get a big benefit: They’re grandfathered in if any new water regulations take effect during their 10-year-long certification.

John Mages, who farms near Belgrade in central Minnesota and is enrolled in the program, defends its voluntary approach. He said it can help improve water quality in the state.

“As farmers become more educated on these things, I think more and more people are trying to do the right thing,” Mages said.

The MCEA’s Sigford is less optimistic. She said all the voluntary programs she’s seen have fallen far short of the significant improvements the state’s water supplies need.

“I can’t see where voluntary alone is ever going to allow Minnesota to reach the scale of reductions that we need from agriculture,” she said. “If we want clean water.”

She holds little hope that the water quality certification program will move the state any closer to that goal.